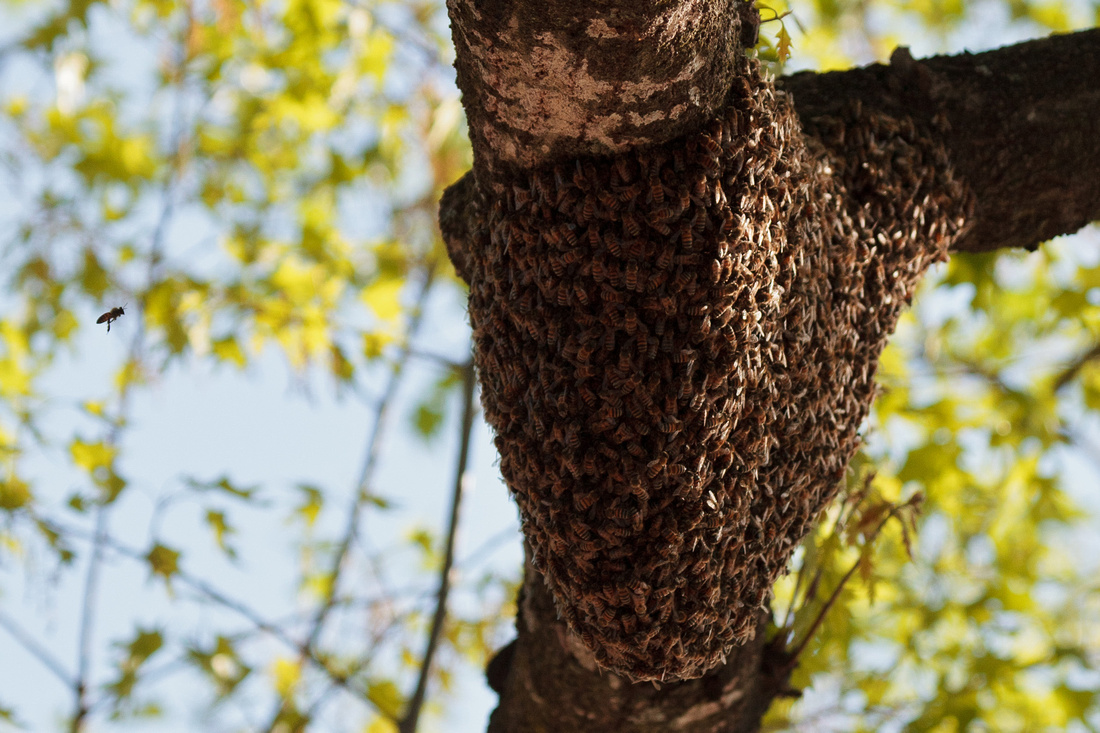 When I checked my email prior to going home from work for the day, I saw a post about a swarm of bees by the IGA. This called for a detour. I went a block out of my normal way home taking Woodrow instead of Grover, so that I could drive my motorcycle through the parking lot to scope out the situation. It looked promising enough to return with my camera and get some pictures and maybe even some footage.

Swarming is a natural part of the honeybee life cycle. Most swarms occur during a short period in the spring when the queen leaves the hive in order to establish a new hive elsewhere. Some of the workers accompany the queen. Others stay behind to tend to the new queens that probably haven't hatched from their cells yet. Since the queen bee is heavy, the swarm generally stays close to the original hive. They remain in the swarm until scout bees return with exciting news about a prospective nesting site.

Here you see such a scout bee returning to the swarm.

Update: The bees were collected by a beekeeper shortly after this picture was taken.