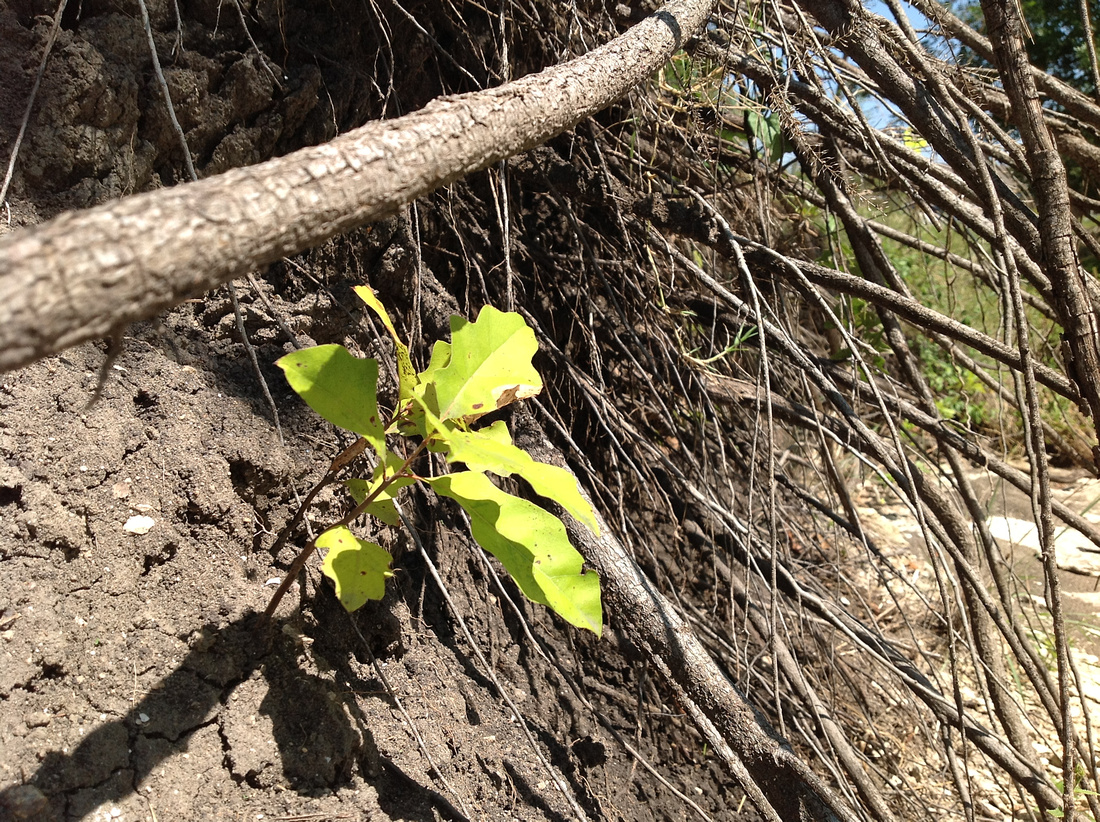 In an earlier post, I documented erosion in Arroyo Seco and some of the plant life growing along the sides and in the creek bottom. This is an update to that post.

I'm on record as stating that newly planted trees do not need to be watered as much as most people claim. The seedlings along Arroyo Seco are a good test of my assertion. Last year, after the acorns dropped in the fall, we had sufficient rain for acorns to sprout. I took pictures of some of the seedlings and wondered how successful they'd be. Some of them met their demise because of the mowers. The mowers tend to mow from the curb up until the drop off into the creek bed. That area is also the place where the seedlings would otherwise be best off, because downward growing roots are perpendicular to the surface and grow far away from the area that dries up from evaporation. Unfortunately, they don't fare well against lawn mowers. They can survive by resprouting at their bases, and the oaks that grow around here are actually pretty good about that. I didn't spend much time looking for plants that had survived that way. At this time of year, I think they're more likely to hunker down for the year and come up again in the spring. So I'll look again in the spring and carefully examine them to distinguish whether they are 2012 plants or 2013 plants. 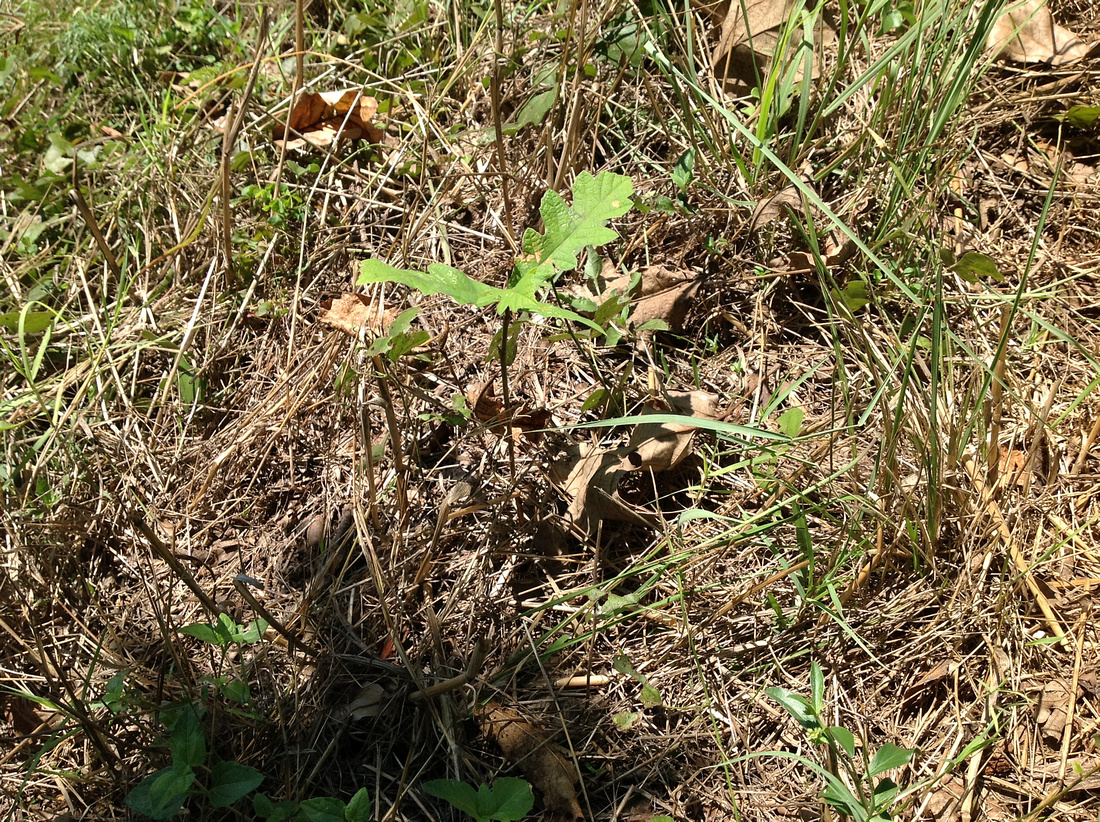 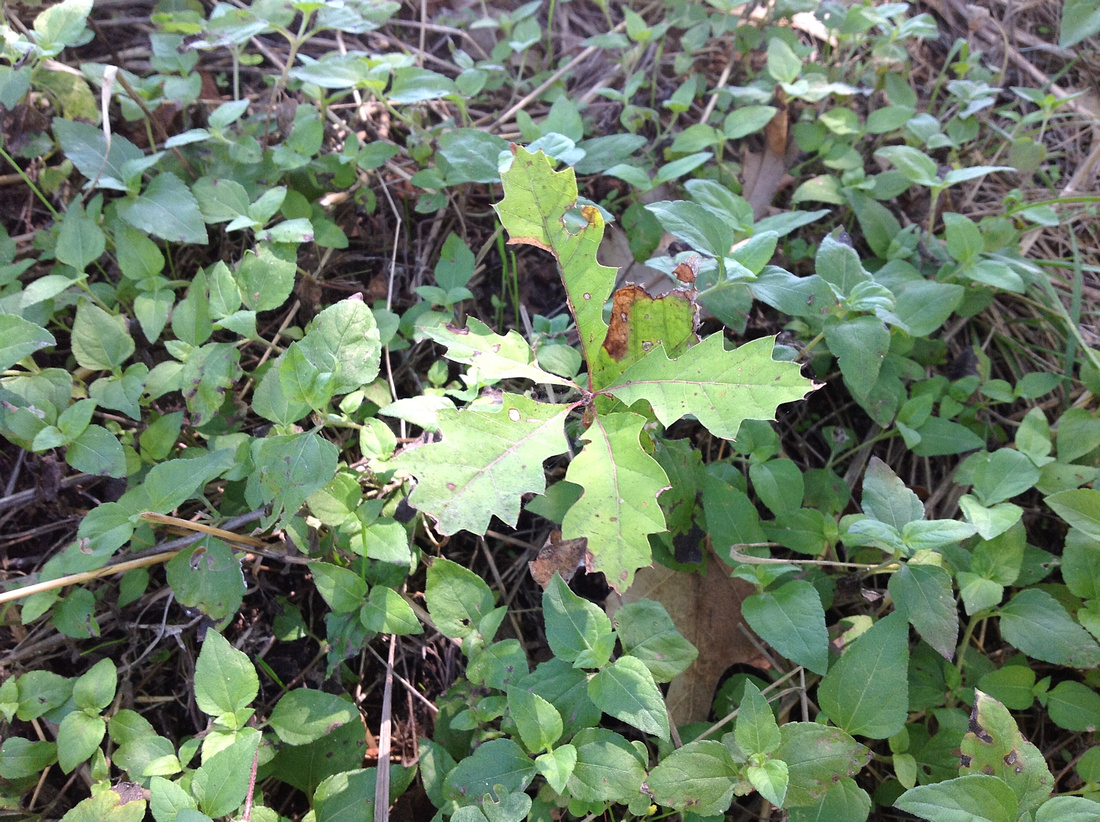 All our local oaks send a main root down deep into the soil when they sprout. Then they send a sprout up above the soil and unfurl a handful of leaves. Vertical growth is minimal for the first year. The plant concentrates on the portion below the soil. A surprising amount of girth is added to the root during the first year. This is not exactly a tuber, but it serves a similar function. The plant can tap into the moisture reserves of the thick root if it gets dry.

As I stated earlier, most of the seedlings along the top were mowed down. But there were plenty along the steep edge: and in the creek bed: 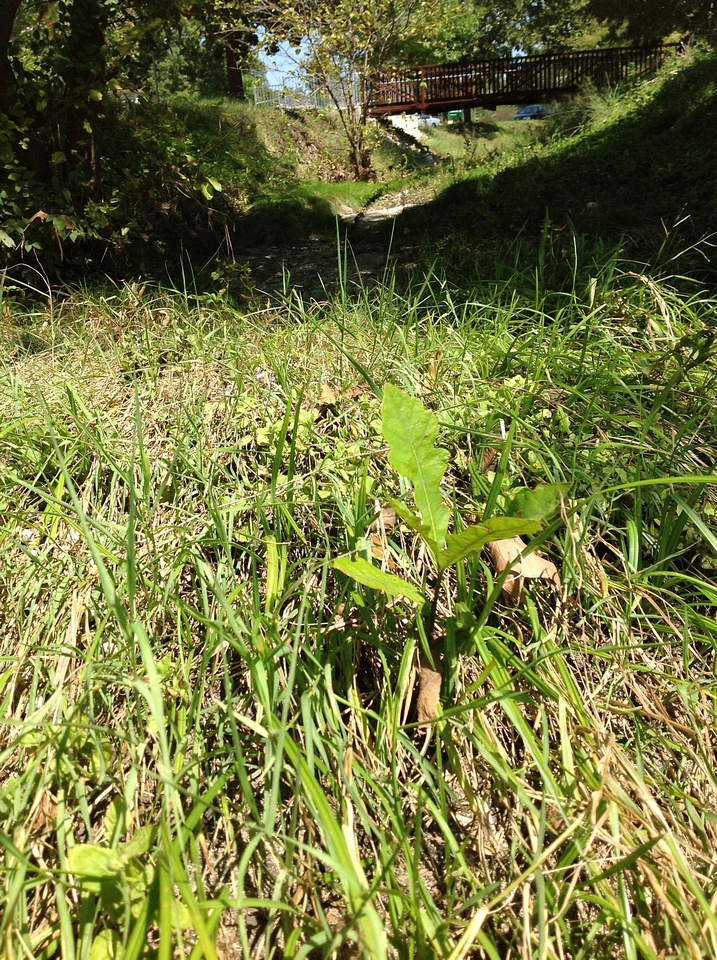 There are places where the soil has eroded from around the base of grasses, which are typically thought of as good erosion control plants. 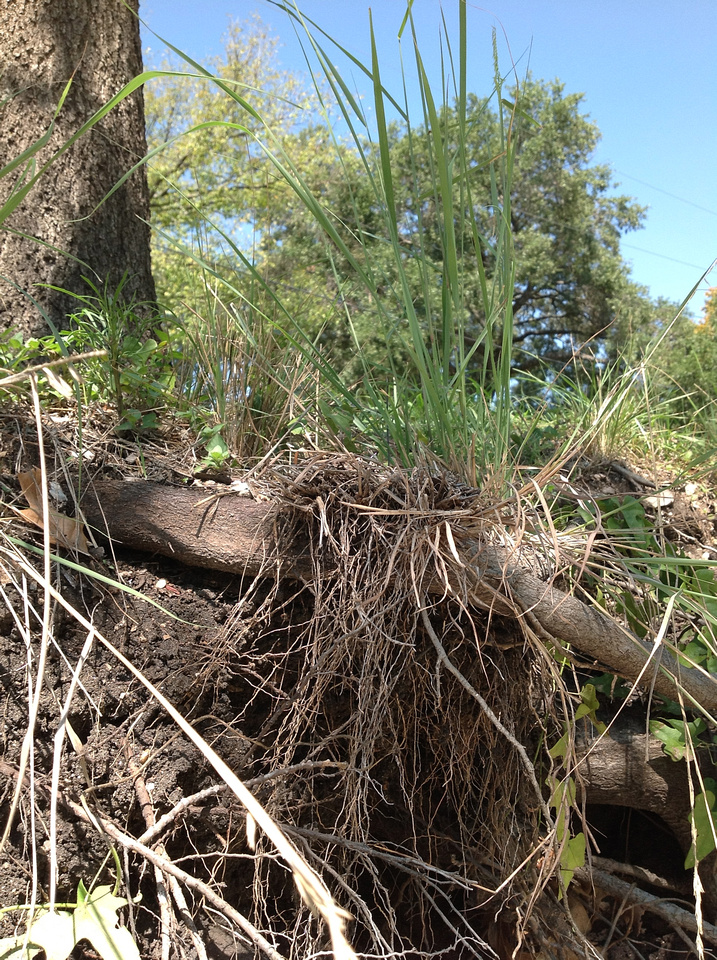 But enough about erosion. The rest is simply a gallery of interesting plants along the arroyo. 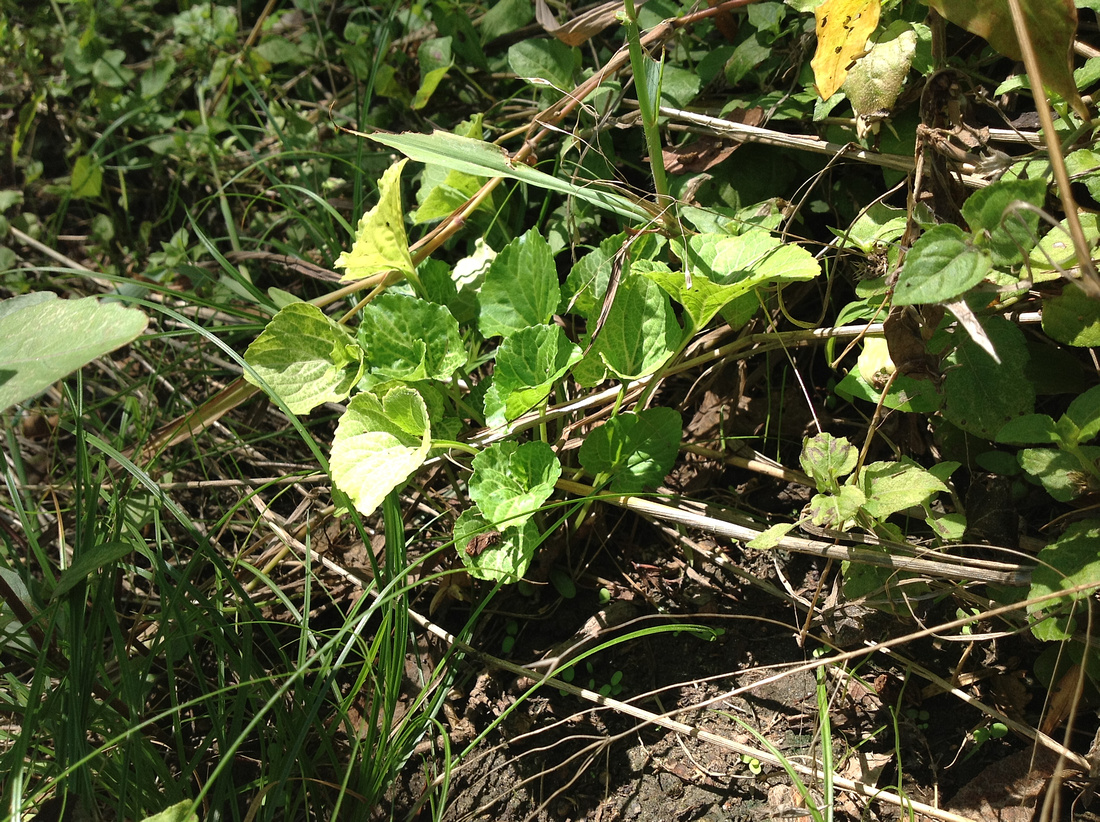 Some sort of violet. 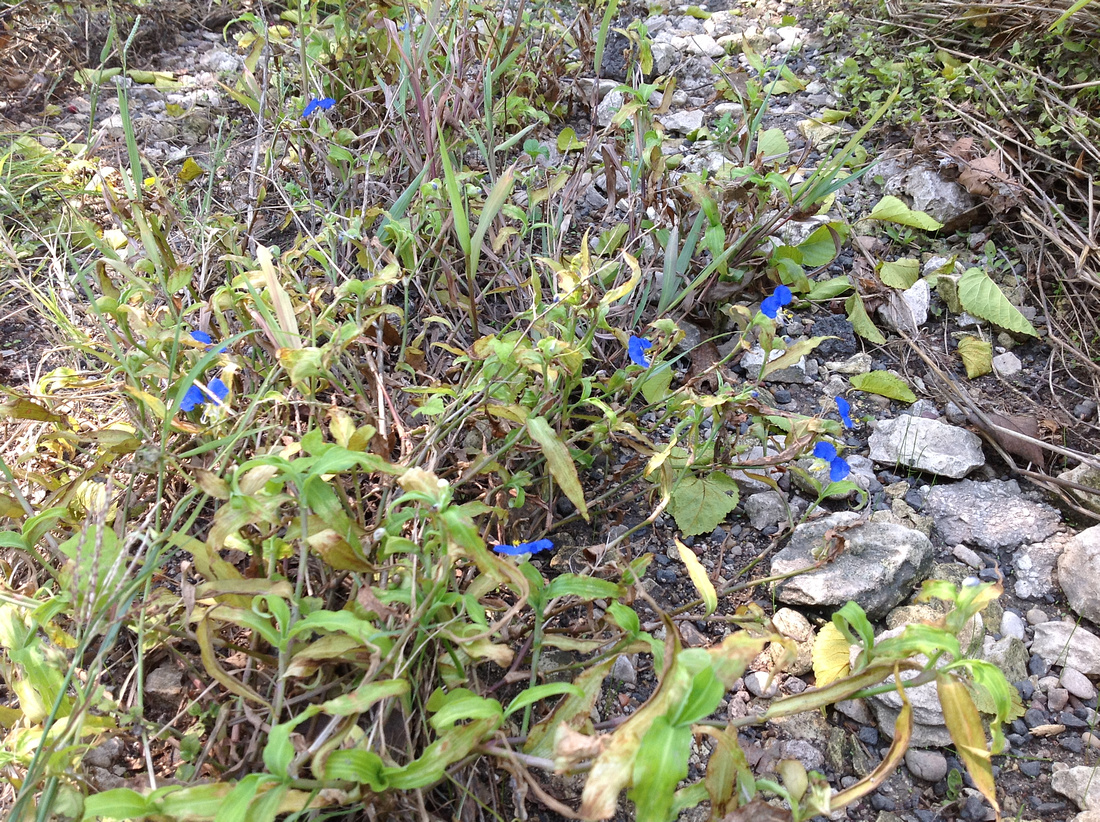 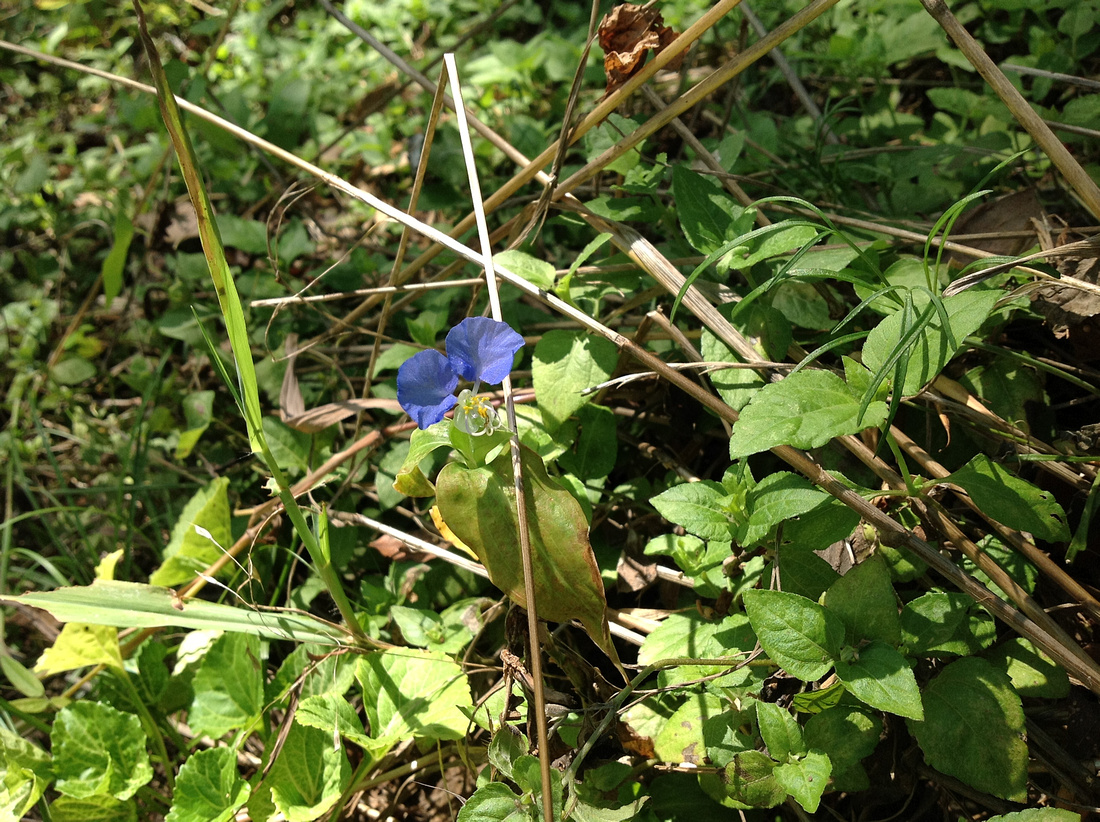 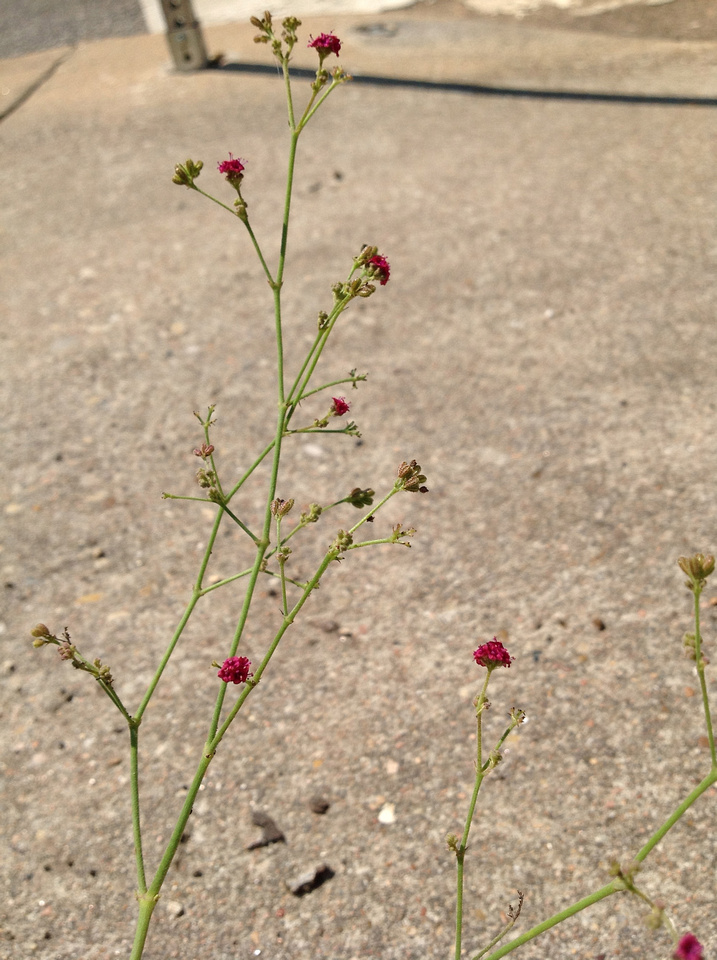 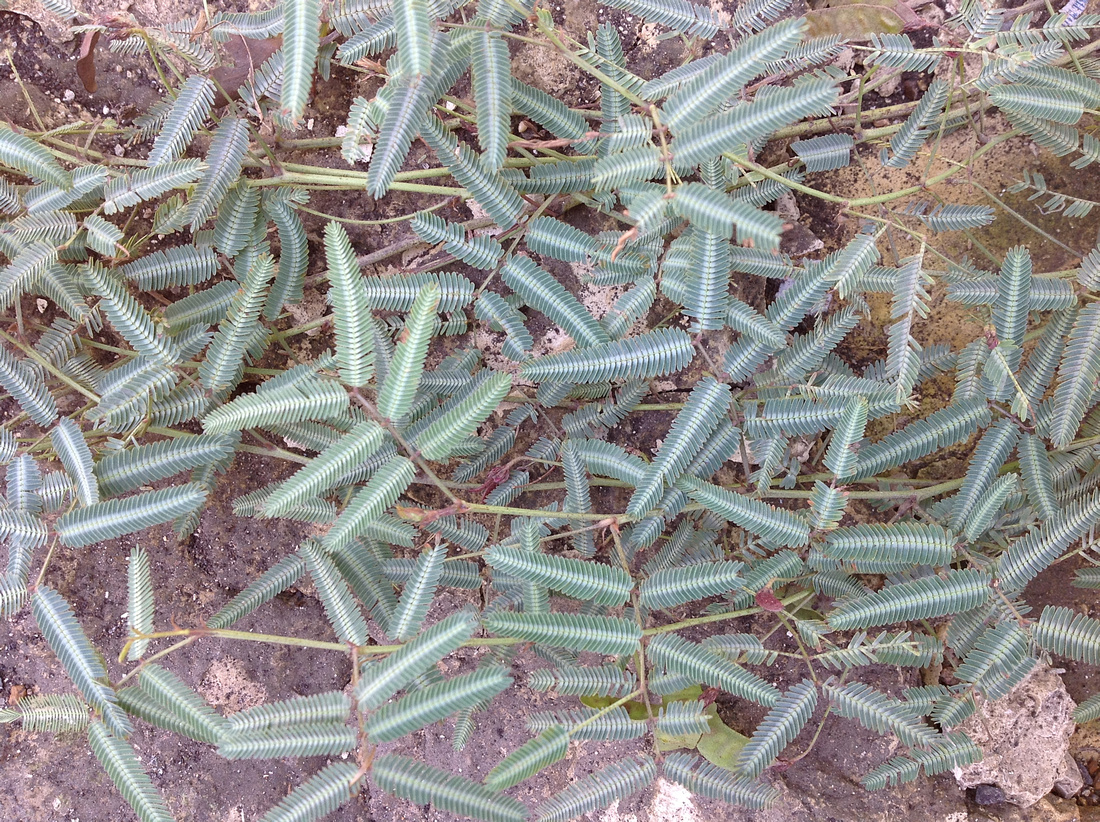 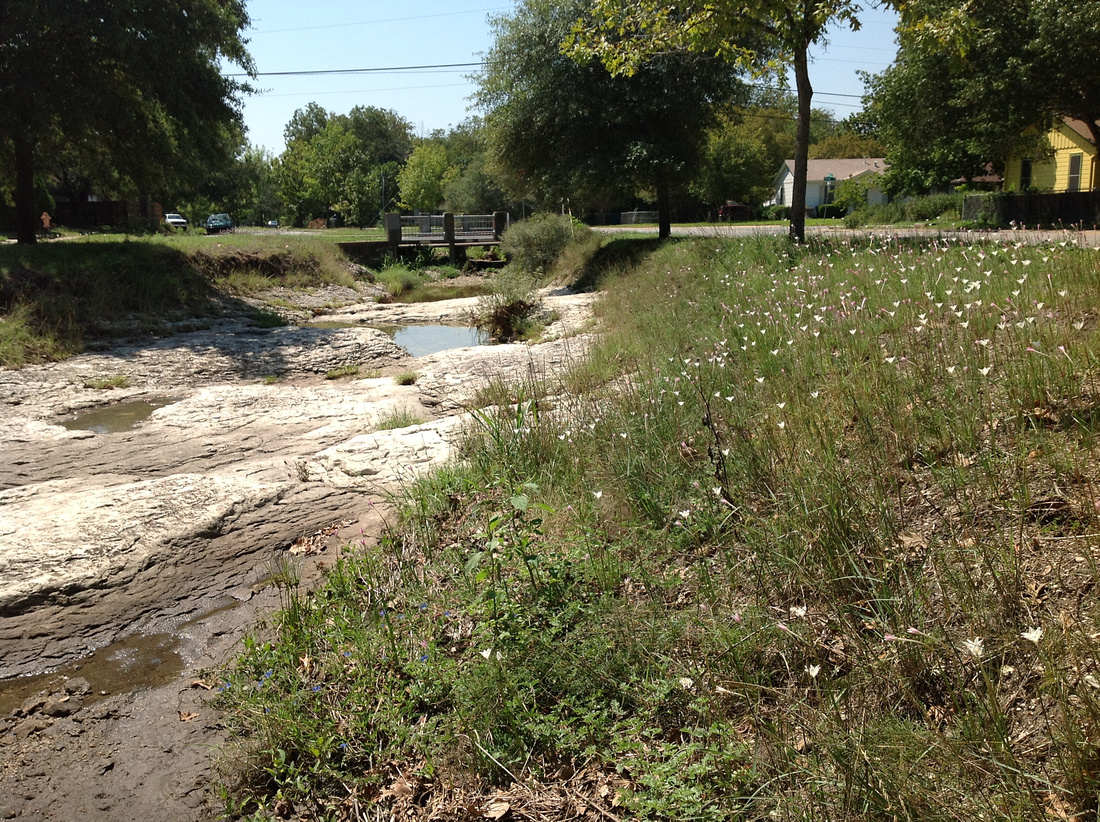 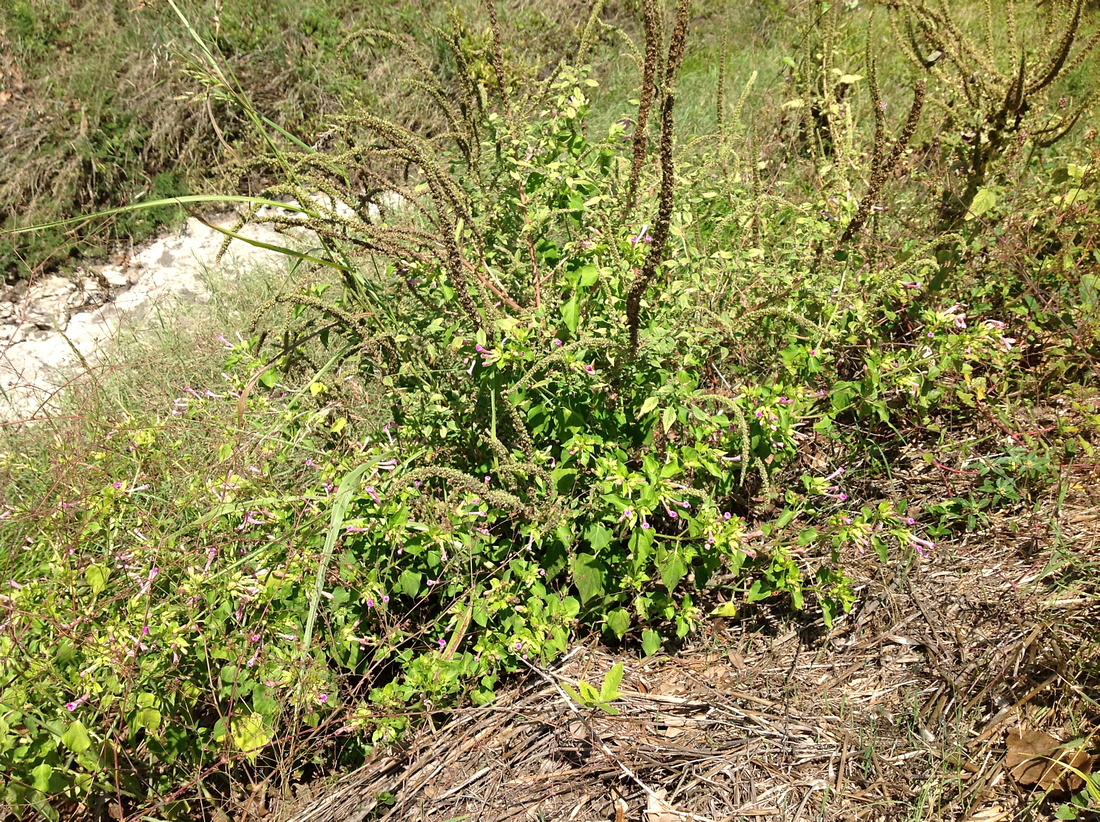 Huh? What's this last one? The time of day is wrong, but that is a Four O'clock plant and a ragweed plant growing together. Maybe I'll get another picture when the four o'clock flowers are open (not 4 o'clock).