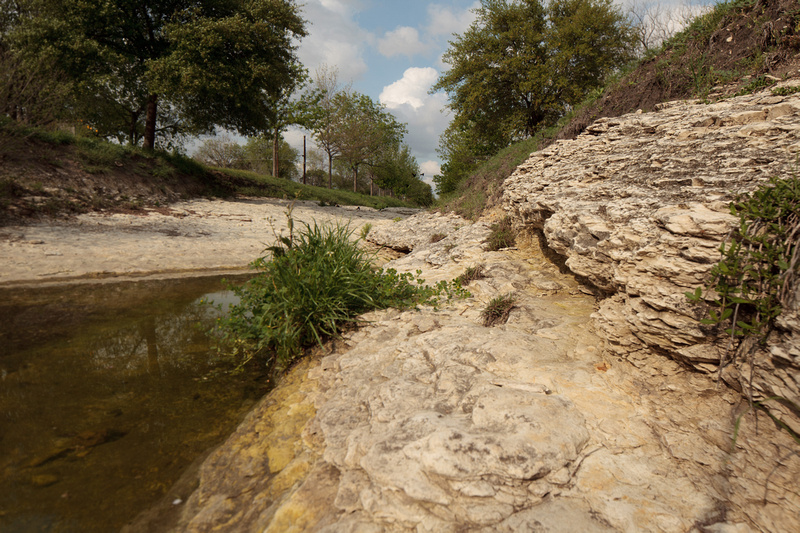 Arroyo Seco is a street in Austin, so called because it meanders along each side of a dry canyon creek. Heavy rains turn the creek into a raging torrent, which carves a path through the rock, resulting in a small canyon. It's usually dry, hence the name Arroyo Seco, which is Spanish for dry canyon. For those people who live in canyons big enough to get lost in, bear with us as we use our imaginations to pretend our canyon is bigger than it is.

During the autumn of 2010, several neighbors and I did some guerilla gardening, spreading bluebonnet seeds along the edges of the canyon. There was a very poor showing last year because the weather didn't cooperate. Thankfully, we are past that drought now and are in a new wet period. I'm thinking this year will be more like 2007 than like 2011 weatherwise, but I'm not holding my breath. Fortunately, bluebonnet seeds will last for years, not sprouting until the weather is just right. So I thought I'd pay a visit to the canyon to see how many bluebonnets there are this year. It's still early in the blooming season, so things should get better from here unless mowers knock them down. 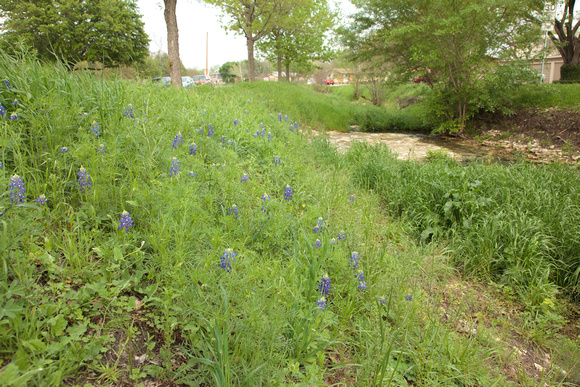 What do you know? There are bluebonnets -- and actually quite a few of them. They're mostly along the slopes on the inside of the canyon, although there are some on top, too. In some places, the other plants have grown so tall it's very difficult to see the bluebonnets. 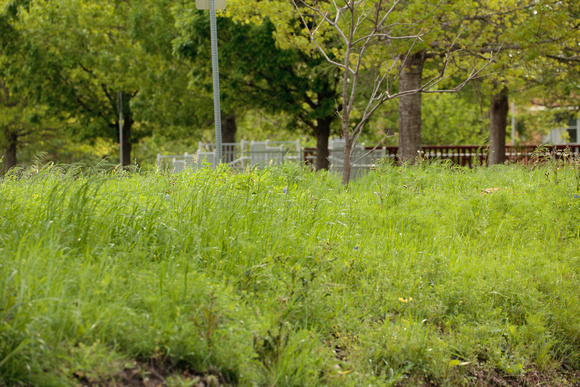 How about a closer look at some of these other plants? 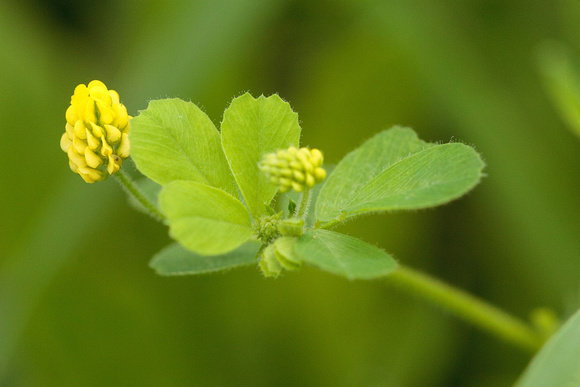 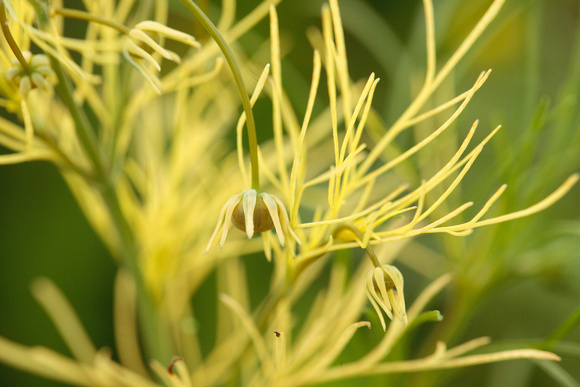 An unusual, variegated coreopsis. I'm going to have to go back when the flowers open up to see what they look like. I was tempted to dig this one up and plant it in my garden, but I decided to leave it here for others to enjoy if they want. 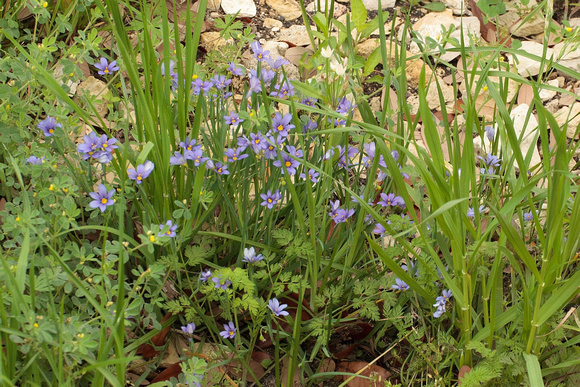 Blue Eyed Grass at the bottom of the arroyo 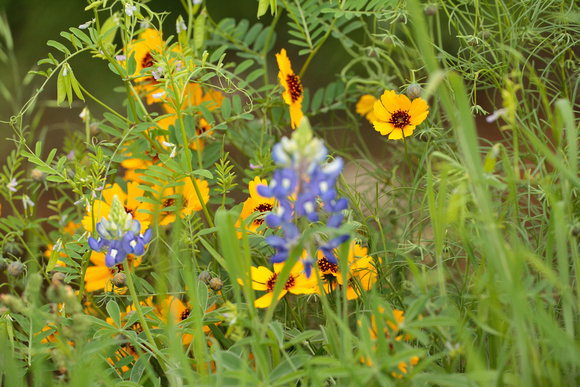 Coreopsis and a small vetch 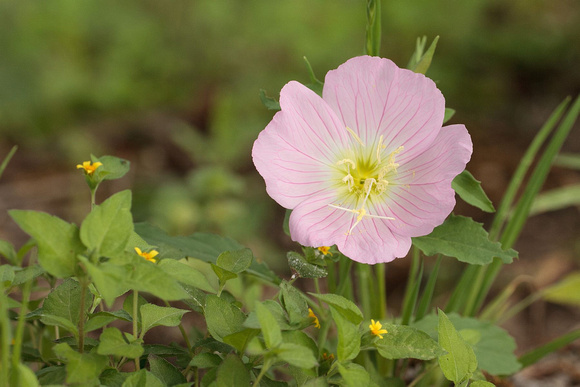 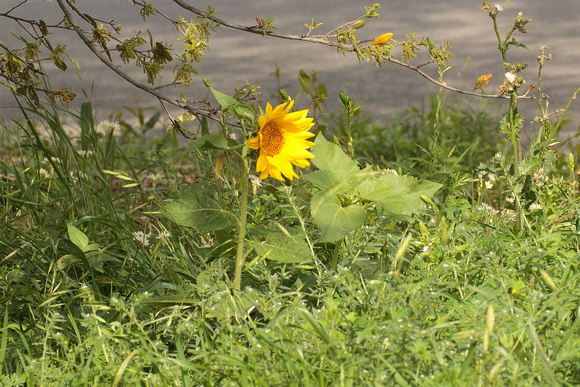 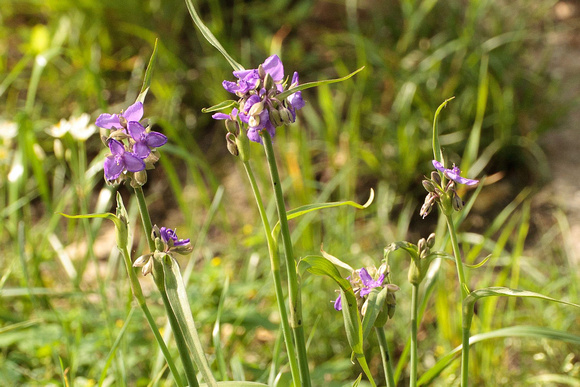 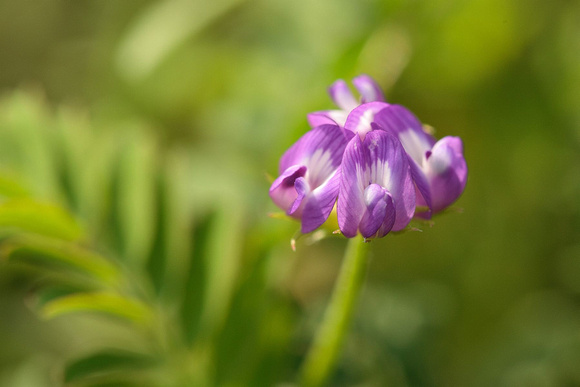 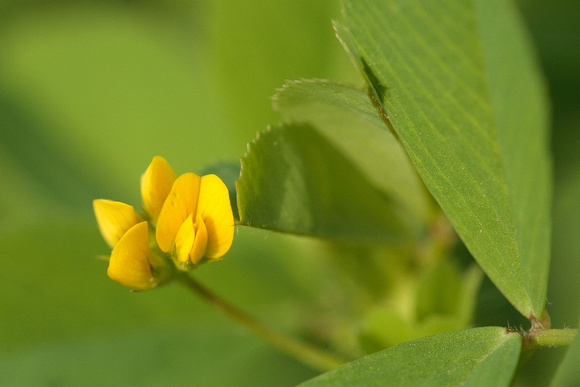 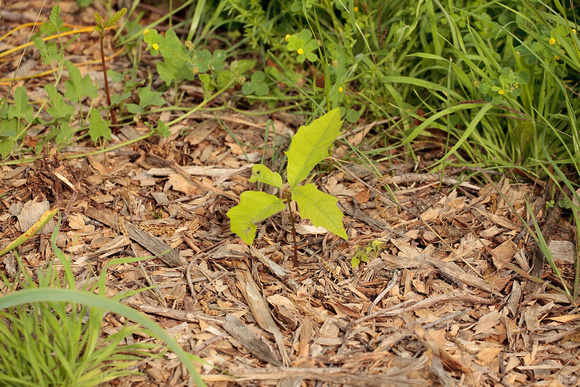 Bur oak seedlings are very common this year. I hope some of them will be left to grew up. 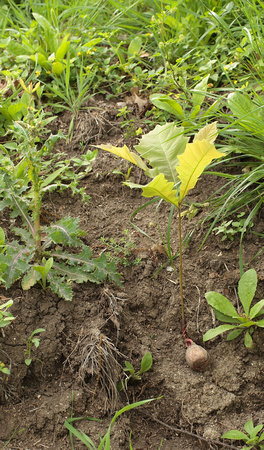 Here is a bur oak seedling growing in the side of the berm where erosion is occurring. I'm not sure how the plant got a foothold, but it did. I hope it survives. The large acorn is still attached at the base of the stem.

Speaking of erosion, we have a serious erosion problem in Arroyo Seco. Left to itself, the creek will meander from side to side, taking out more and more of the edges, until it undercuts the road. Floods deposit silt in the middle of the creek, and new flow diverts around it. 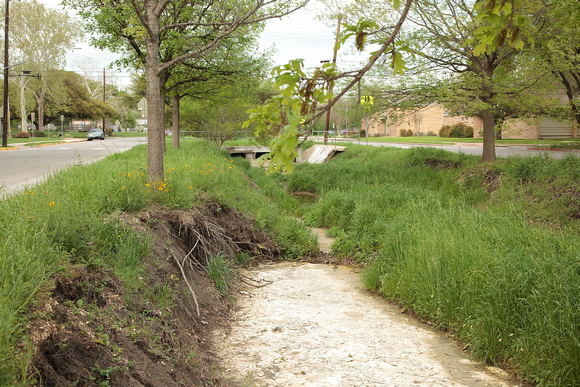 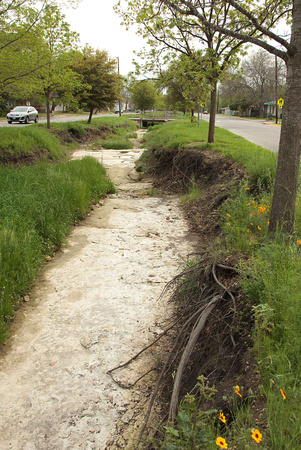 The trees planted alongside the creek are not terribly effective against erosion. Bur oaks have evolved to grow in deep, silty soils and send their roots deeper than many other species, but they're not fibrous enough to hold the soil. 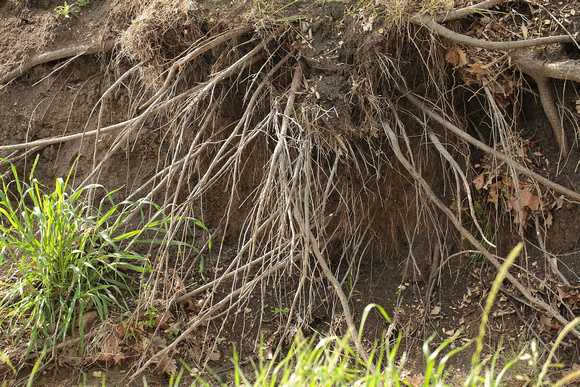 Not only are we losing the soil, we're in danger of losing these trees, too. 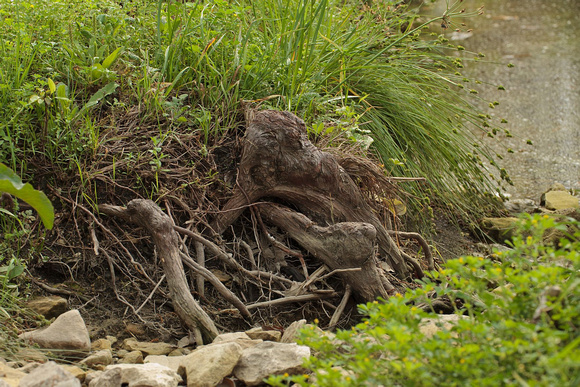 Bald cypress trees have a completely different kind of roots. They have evolved in areas that regularly get inundated with water. In our part of the country, they are found along rivers and creeks. Surrounding the tree, the roots periodically send up knees. It's not completely understood what the function of these knees is, but in my opinion, one of the main functions is to hold on to rocks and soil. By carefully root pruning bald cypress trees planted along the creek, we should be able to control the flow the way we want it to go. Unlike smaller plants, which can be washed away completely, mature bald cypress trees are very large, and no flood going down the arroyo would be able to uproot one. Soil and rocks move around, but the roots of bald cypress trees remain anchored where they are allowed to grow. They catch debris, which in turn modifies the flow of the stream.

I think we should plant more bald cypress trees, and carefully take care of their root systems to guide the creek where we want it to go. It could meander when flow is slow. Root-controlled dams could create small ponds, and large, erosion-prone areas could be guided to not undercut the roadway.