In my previous post, I describe a tile rotation app and a couple of ideas for implementation of a stone moving game. This post describes another possibility.

The players take turns adding stones to the board. Only one stone is allowed on a tile at a time. After all stones are placed, each player is allowed to rotate tiles in order to create the maximum scoring possible. Points are awarded based on number of stones that are mutually touching. Following are some screen shots that illustrate. 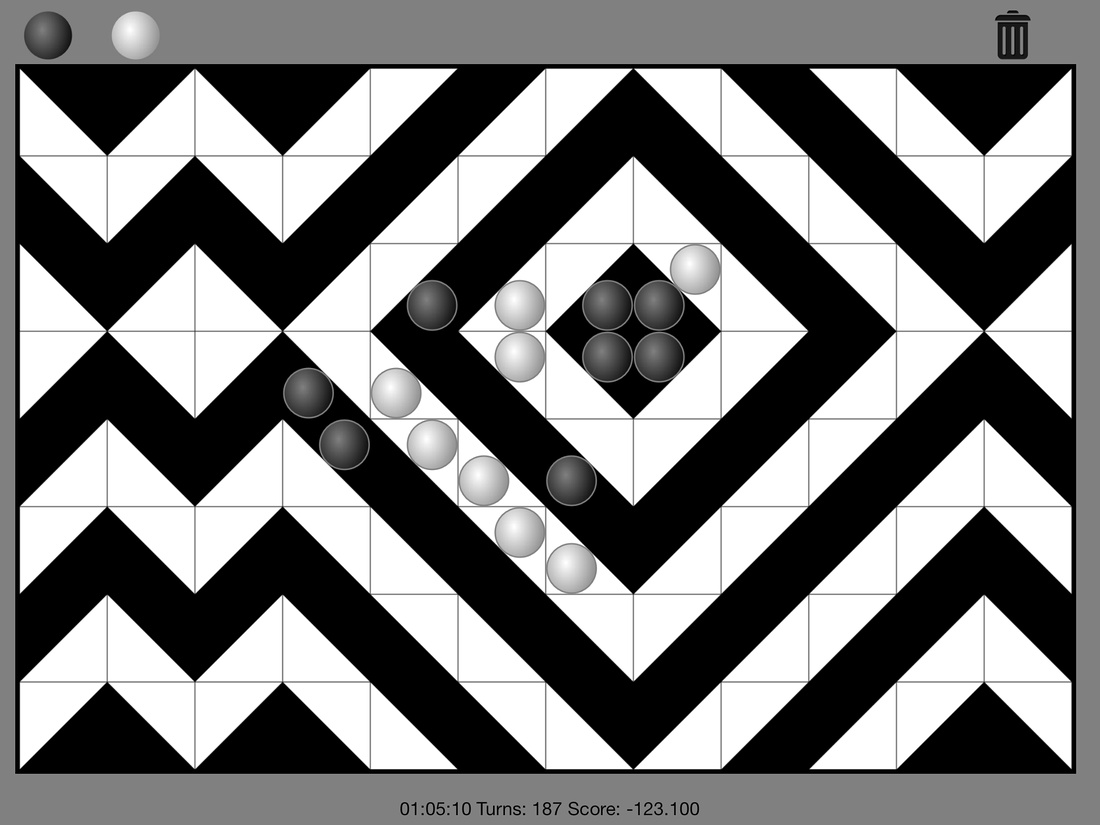 So. how should points be counted? One possibility is to simply count the number of connected stones. So in the above illustration, black gets 6 points, and white gets 7 points (but maybe only two touching shouldn't count, in which case it would be 4 and 5, respectively.

Or maybe the longer the string, the higher the reward should be. Powers of 2 would be the obvious choice, but powers of 10 would be easier for most users, so I'll describe that. Essentially, one 0 is added for each additional stone in the chain.

Now let's look at a screen that has been completely filled with stones (note only one stone is allowed on each tile). 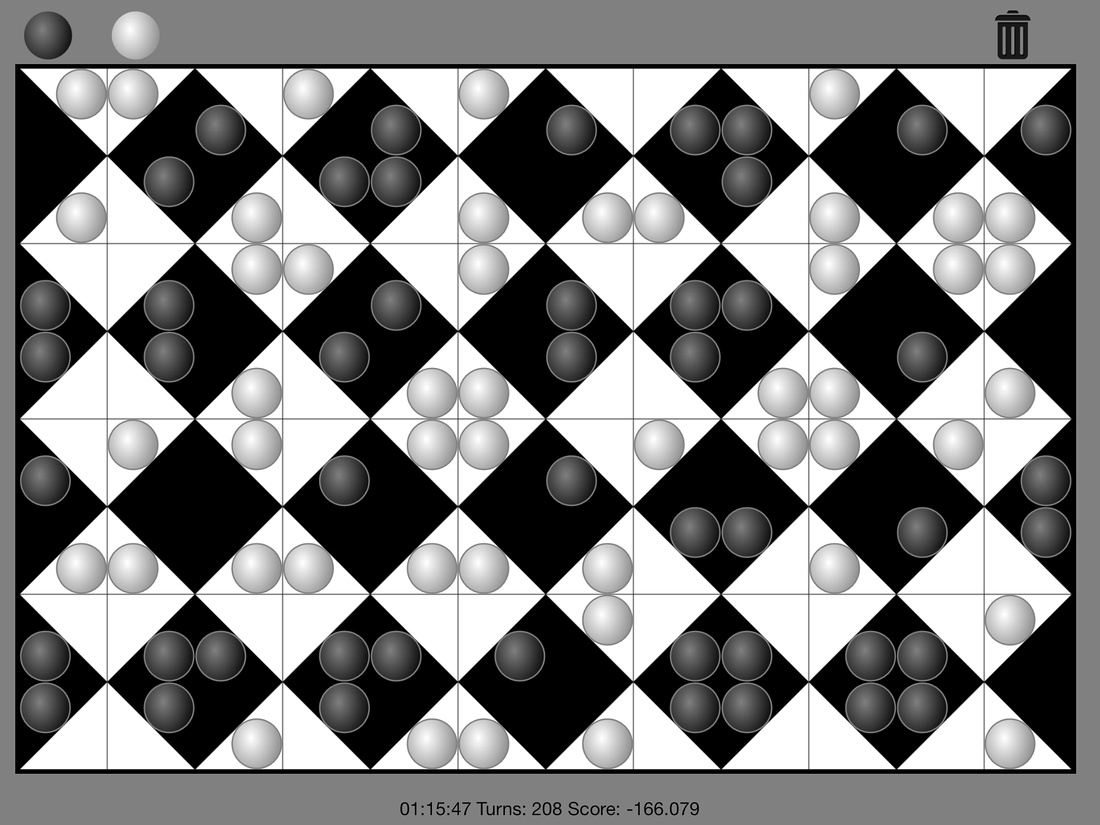 In the above illustration, the tiles have been rotated to form a checkerboard pattern. No attempt has been made to optimize score. Using powers of ten scoring, the score is: 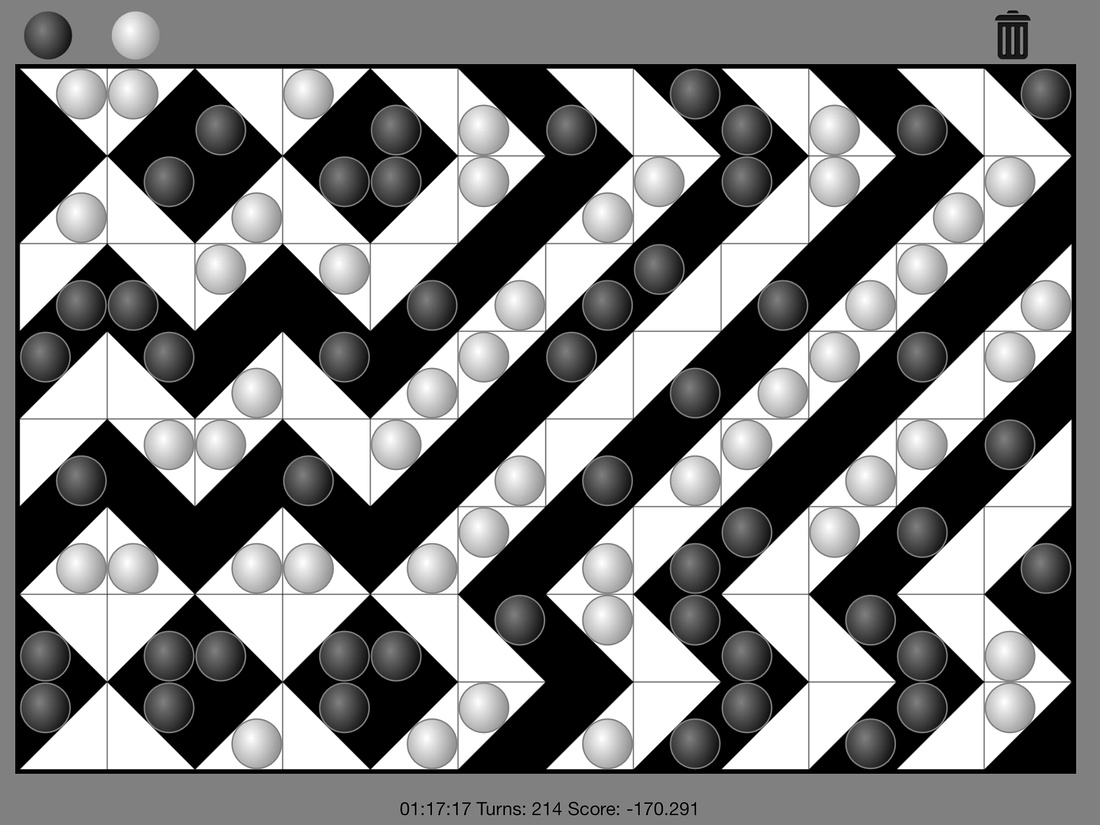 Here the tiles have been rotated in order to cause more stones to touch each other. I won't add up the total score, but I will point out the highest scoring grouping of each color, which likely determines the winner. 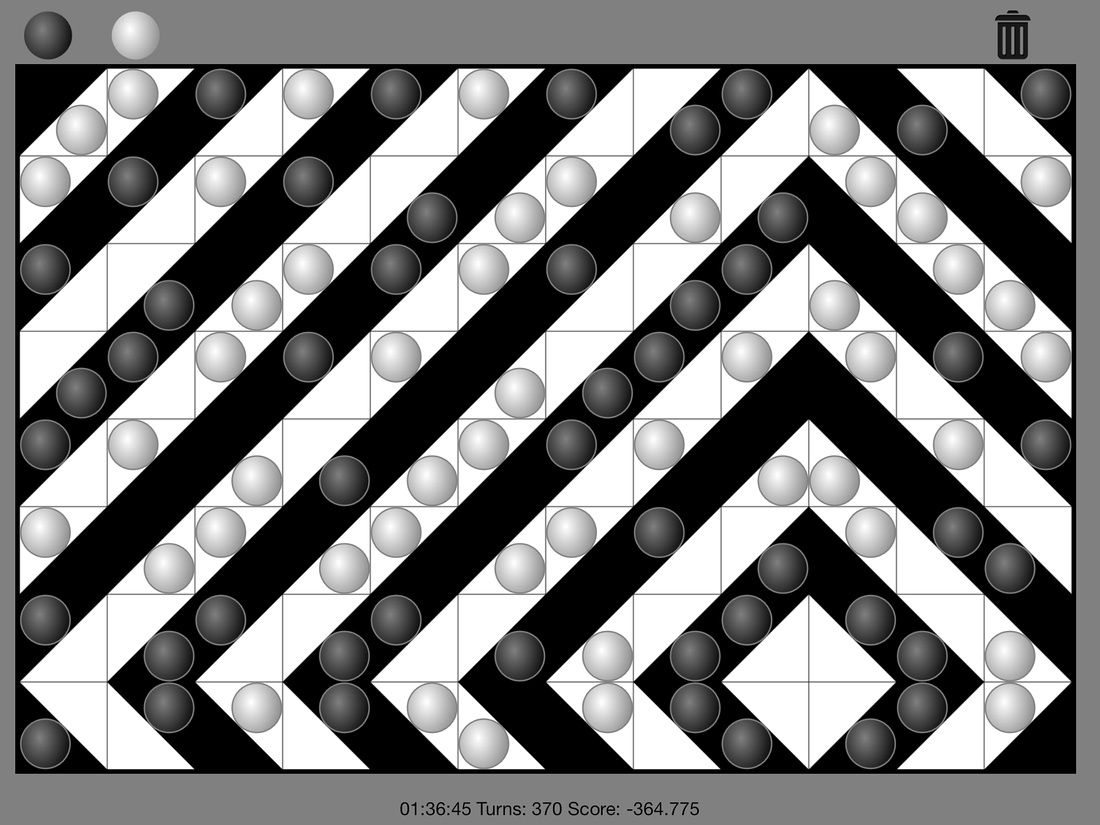 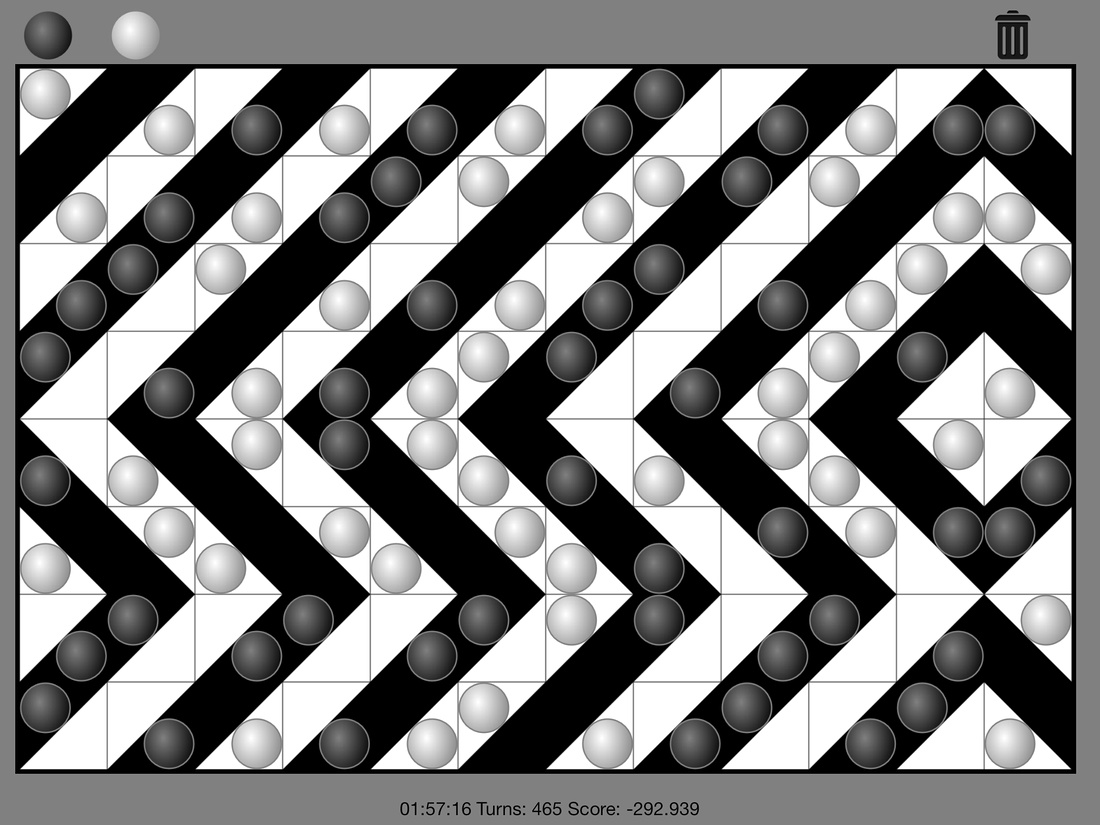 Here white has a 10 stone string. 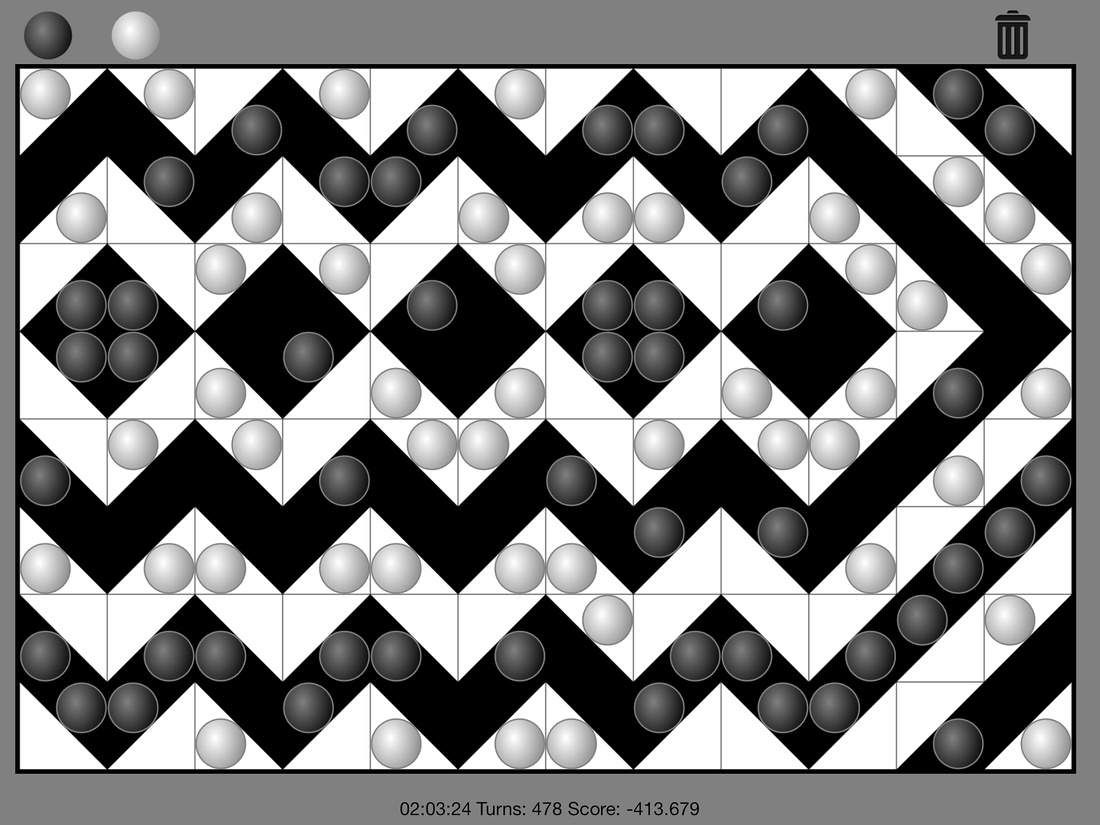 Here black has an 11 stone string.