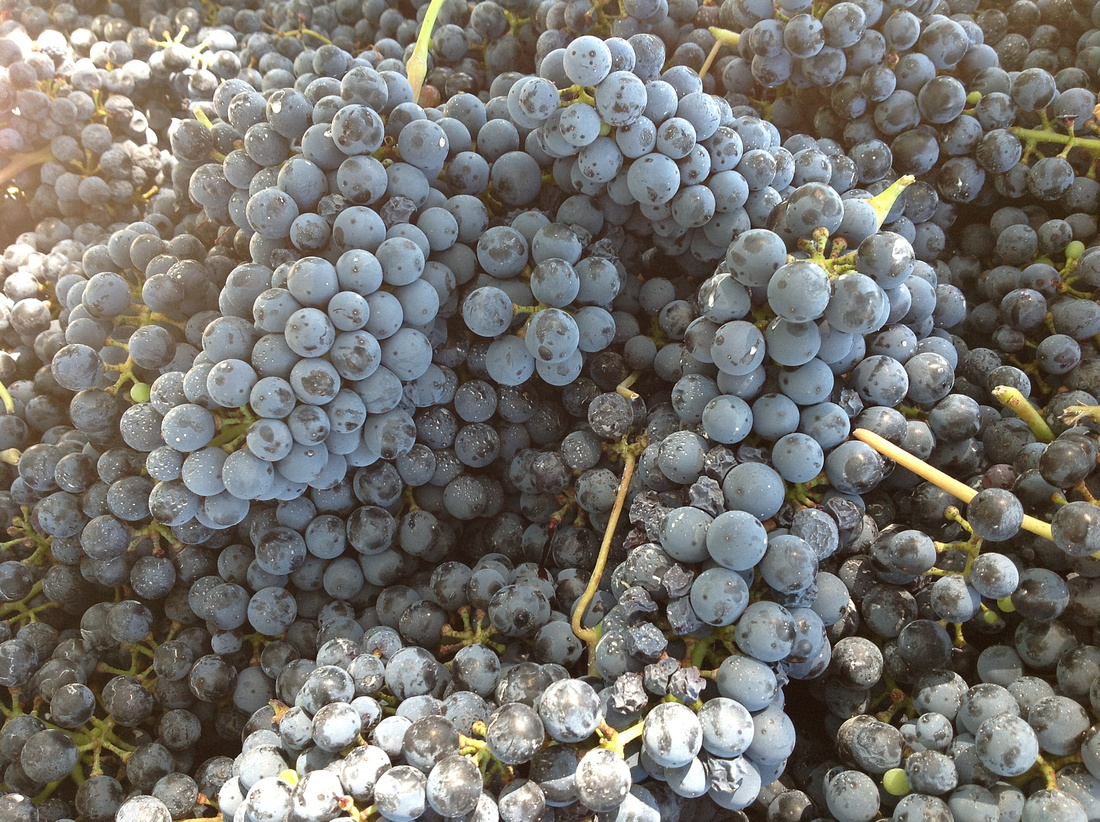 Vitis vinifera, the European grape that has been cultivated for millennia, does not do to well here in Texas. Fortunately, there is a grape that does quite well here. Its origins are not entirely clear, but it appears that it was imported to the United States from Europe after an American grape was imported to Europe. I'm speaking of 'Black Spanish' or 'Lenoir' as it is also called. There is more than one kind of 'Black Spanish', unfortunately, and they are not related to each other. These days, though, anyone talking about 'Black Spanish' is likely talking about the variety that is the subject of this blog post.

I have a plant myself that has just had its second year of production. Interested in learning more about this grape, I set up a google alert to notify me of any postings indexed by google. I did this after a search revealed that I had missed out on the first 'Black Spanish' symposium. I don't know if there will be another one. But if there is, I want to find out about it.

Shortly after I set up the alert, I was alerted to a 'Black Spanish' harvest a few hours' drive away at Polvado Vineyards. 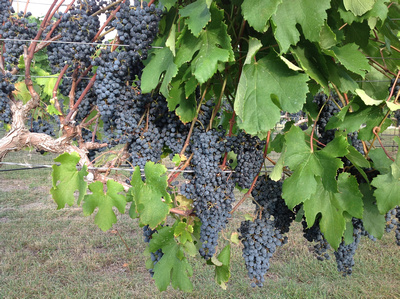 I sent a message out to neighbors to see if anyone wanted to join me. One person volunteered, and we set out. I used the instructions on the blog entry to find the exact spot where the vineyard was located and entered the coordinates into a GPS navigation app on my iPad. Most of the apps I have for GPS navigation don't work very well for destinations in the country. They want you to enter a cty-type address. One app wouldn't work at all unless a city was entered. Entering coordinates should work perfectly. Oh, well.

We found the vineyard without any trouble, introduced ourselves to the people who were already there and took a quick look around. At left is a sampling of what the grape vines looked like before we started harvesting.

We were asked to sign in, then given breakfast, and a pair of brand new pruning shears to do the harvesting. The best way to do the harvesting is for two people to work together, one on each side of the vine. This way, if there is a cluster that is awkwardly placed for one person, the person on the opposite side can usually get it without a problem. Each person was given a couple of buckets, and we were instructed to cut off the clusters and place them into the buckets. Someone came along and replaced full buckets with empty buckets, and so we were able to harvest quite efficiently. 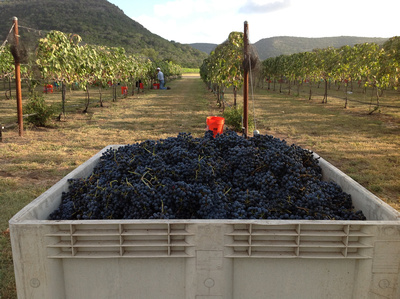 The buckets were emptied into white plastic bins.

The white plastic bins had spaces in the bottom so that a fork lift could move them around as needed. Once a bin was filled, it was taken over to a central location, weighed, and set aside until a flatbed 18-wheeler arrived to pick them up.

For lunch we had barbecue, "adult beverages", and musical entertainment all under the shade of some nice live oak trees. 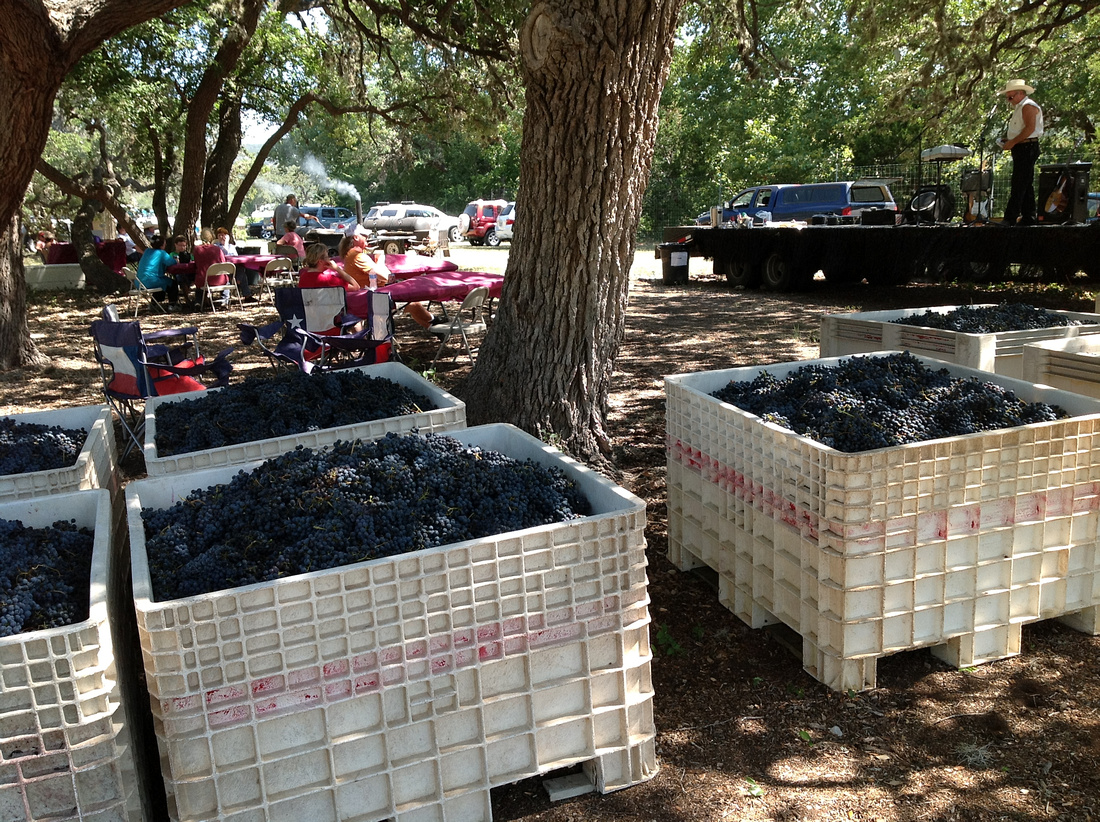