This blog post is a departure from previous posts because it doesn't include any photographs. Instead, it includes screen shots of an app I'm working on. The app, for now, is called Tile Rotation. The basic operation of the app is described on the app's website.

I've decided to start brainstorming for a board game based upon the second phase of that app using stone movements in addition to tile rotations. Here are some sample screens to show possibilities. 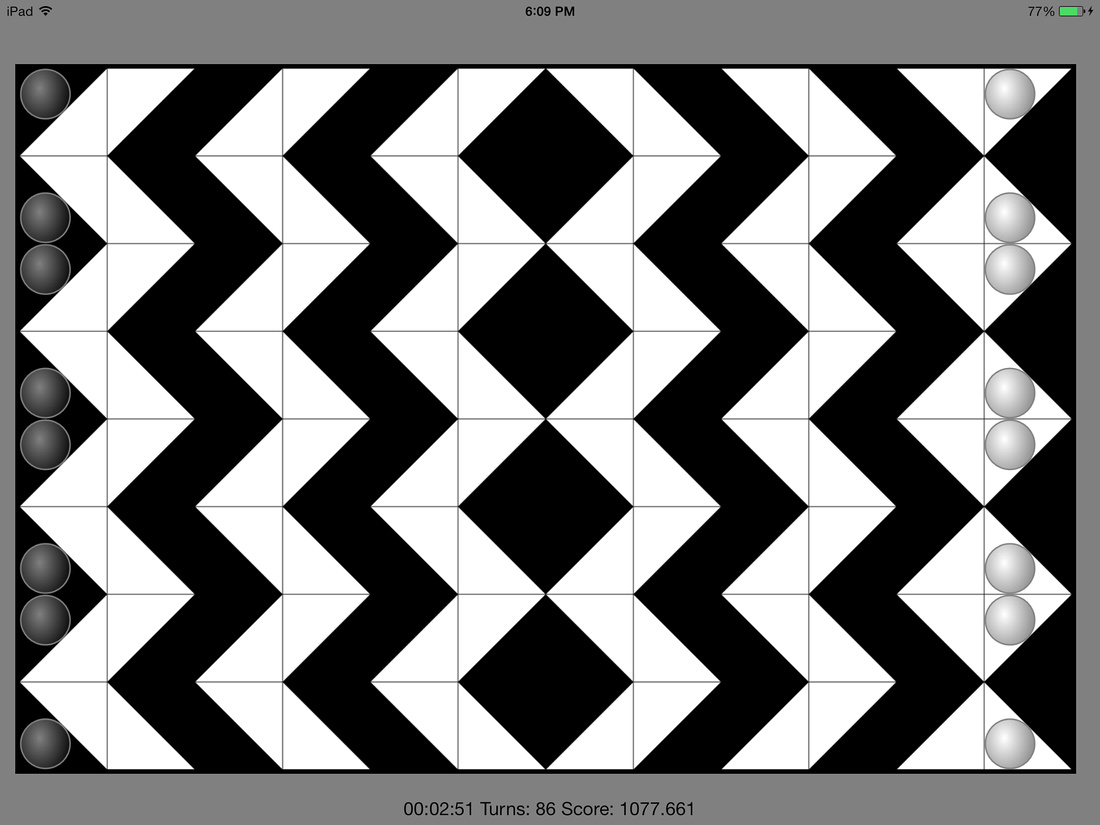 Here stones have been added to all the tiles that are on either end of the board. Black stones are on one end. White stones on the other end. Players can move stones and/or rotate tiles. To move a stone, it is dragged to the new location. White stones always sit on the white portions of the tiles they sit on. Black stones sit on the black portion. To rotate tiles, the user taps once to rotate it clockwise or double-taps to rotate it counterclockwise. In either case, either a whole column or tiles or a whole row of tiles is rotated in order to keep neighboring tiles touching with the same color. 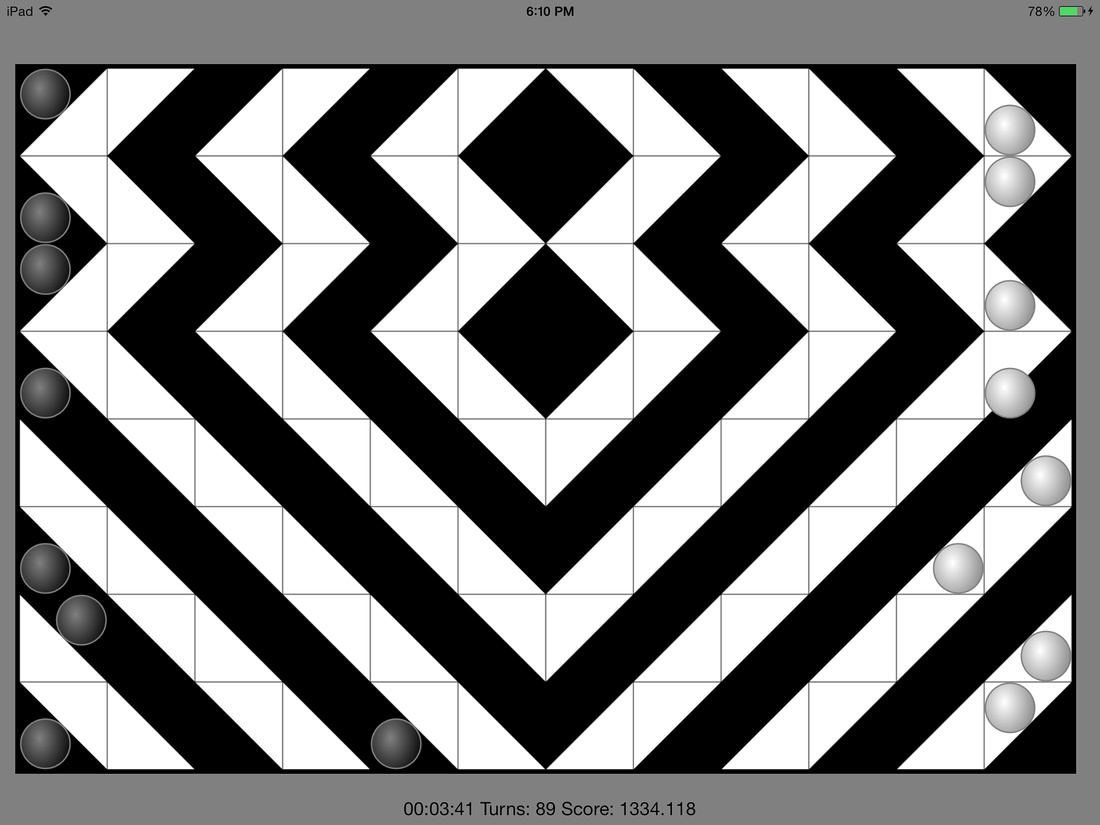 Here is an example of what the screen looks like after each player has moved one stone and tapped one tile to do a rotation. At this point, I need to decide what moves should be legal. There are many possibilities. Perhaps stones should move only by one tile at a time. Perhaps they should be able to move multiple tiles, as long as they go in a straight line. That's what's shown, above. Perhaps captures should be allowed. 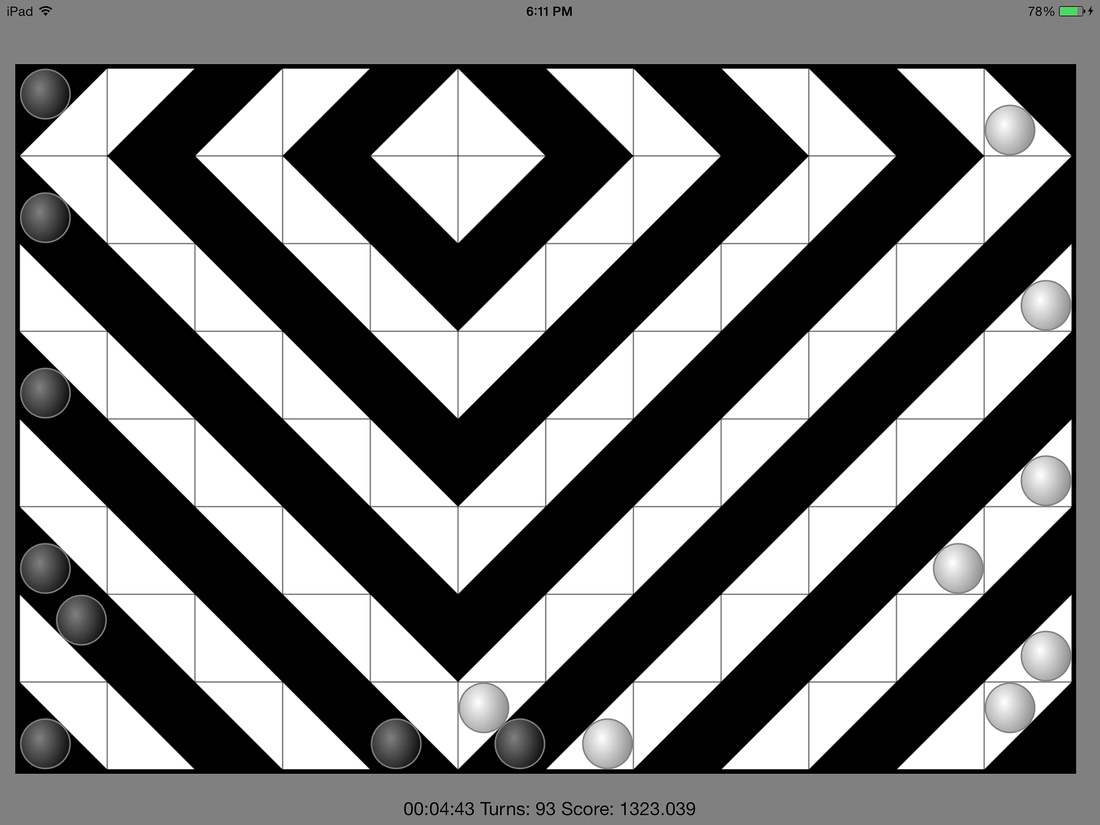 Here, each player has made several moves, and white has just placed a stone on the same tile that's already occupied by a black stone. Does this constitute a capture?

Anyway, the rules are not set yet. If you have an iOS device and would like to join the test team to help decide on what rules should apply, let me know, and I'll add you and give you additional instructions.

Here is a sample tic-tac-toe-like game. The board starts out with no stones. Players take turns adding a stone and optionally doing one rotation. First person to get 5 stones in a row along the same color wins. 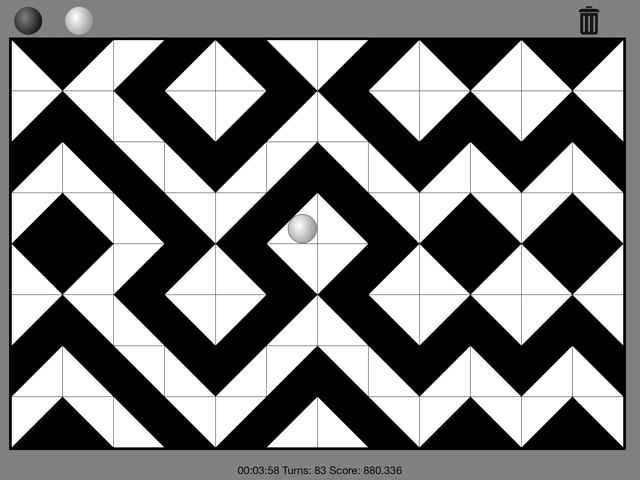 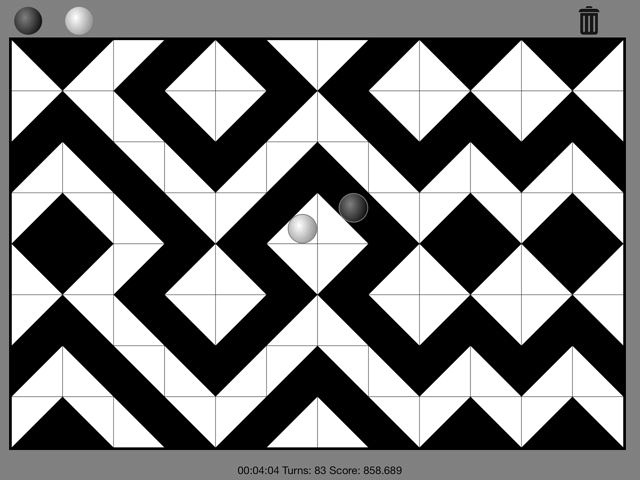 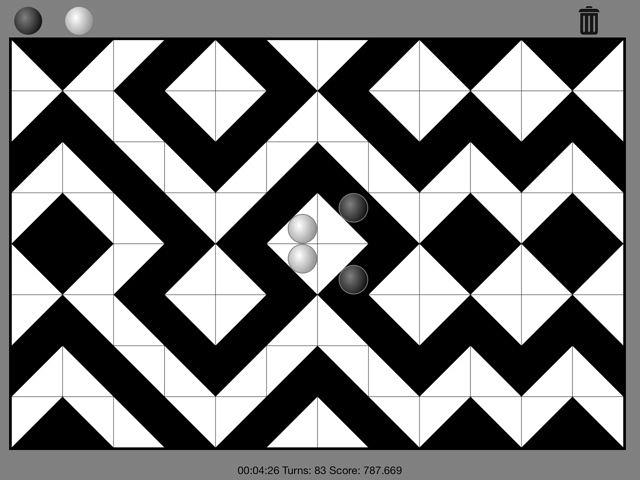 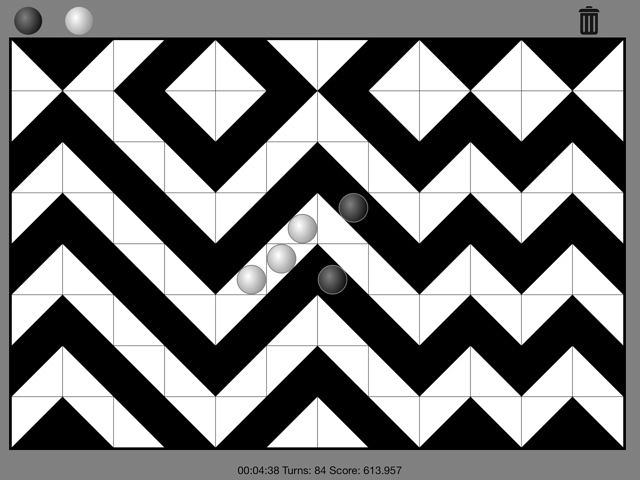 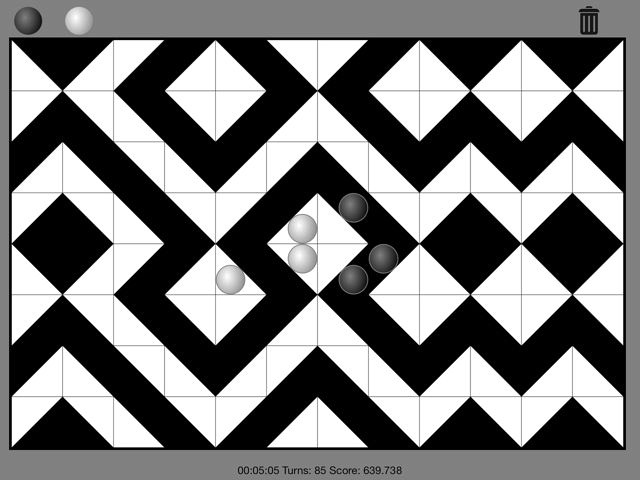 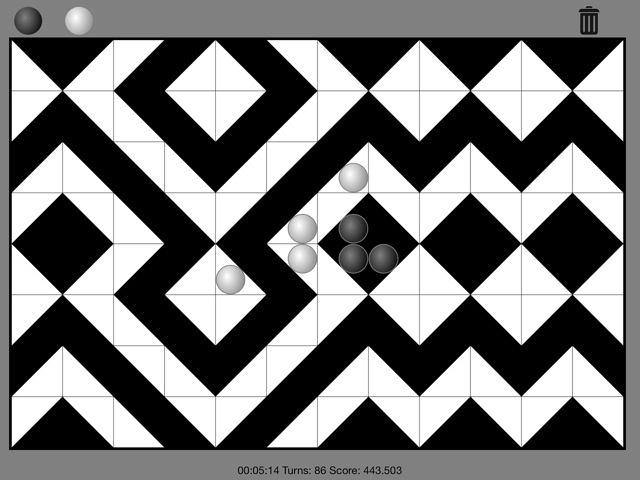 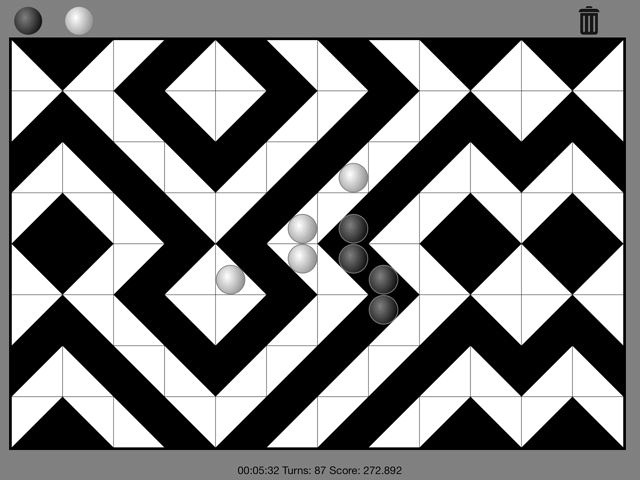 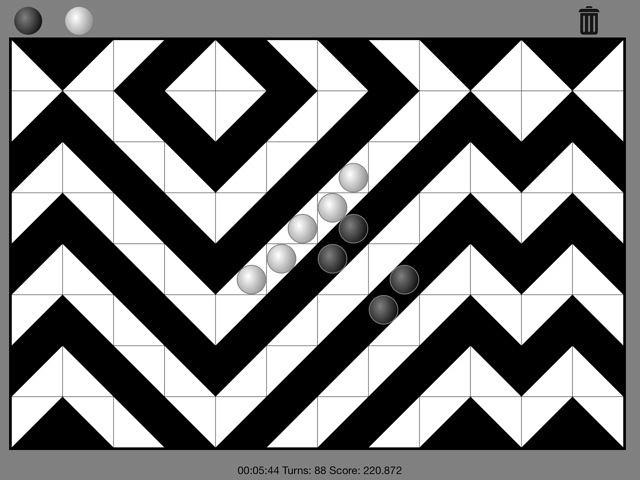