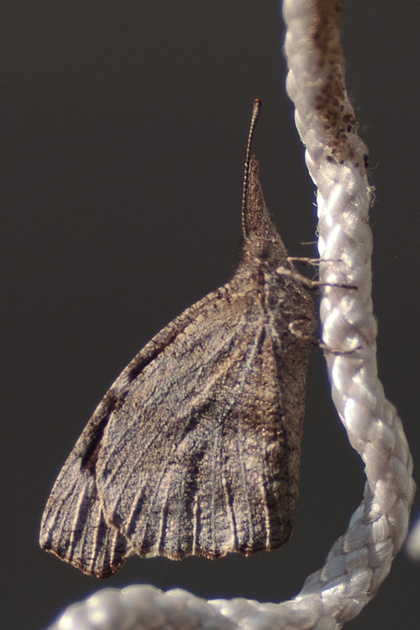 It looks like we're in the middle of another massive American Snout migration.

The first time I paid attention to American Snouts was in the fall of 2006, when they were migrating by the millions. Oddly (to me, at least) they were all flying north. And so they are doing right now.

The fall of 2006 was the beginning of a very rainy season. In fact, I think the calendar year 2007 was the rainiest year since I've been in Austin.

American snouts are known to have massive migrations spaced years apart, but I haven't read anything about what triggers the migration. Now I'm wondering if it's timed to coincide with the onset of El Niño.

There is more information and references at the bugguide article on the American Snout butterfly.

Here's an article with much more information.