In 2012 I did some investigation of the root systems around two chinkapin oaks that had been planted in my front yard before I bought the house. It seems they were both planted too low. The south one had roots going east and west but none going north and south with a result that the wind continued to sway the plant back and forth, preventing it from setting any roots on the north or south side. They were also crossing, so I did some work, cutting some roots, and grafting another plant to the south side to form a south side anchor. I also jacked the whole plant up about 6 - 8 inches. Additionally, I wired the plant to a stake in the ground to keep it from swaying north/south.

For the north plant, I excavated and found a root that was wrapping around. That is the subject of this post. First I show you a picture after excavation. You can see from the stains on the bark that the plant was growing too deep. The root flare should be above, not below ground level. I chose not to jack this tree up but instead to remove soil above the root flare. Additionally, I decided to relocate the wrap-around root. The root to be relocated is that small one going horizontally above the near root and under the far root. 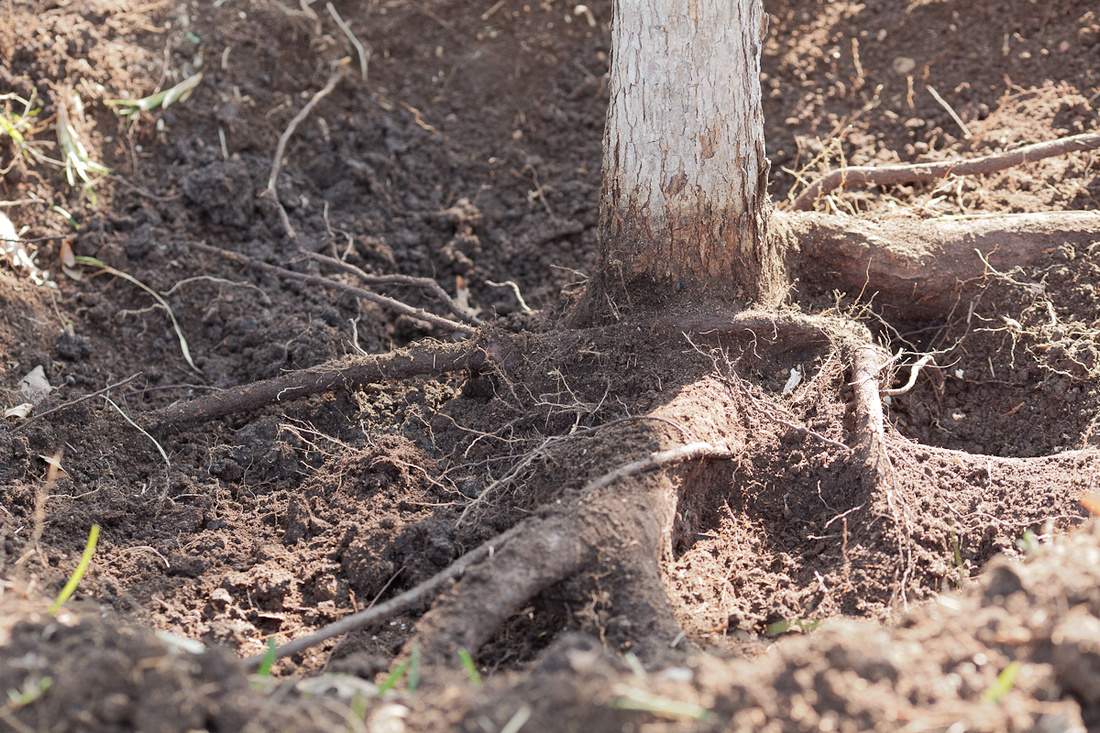 Here is a closer view of the root problem. What I did was to sever it at the right, cut off a few inches, chisel out a channel in the trunk, and then nail the root to the trunk. The point of attachment is on the left side of the trunk as viewed in this picture. 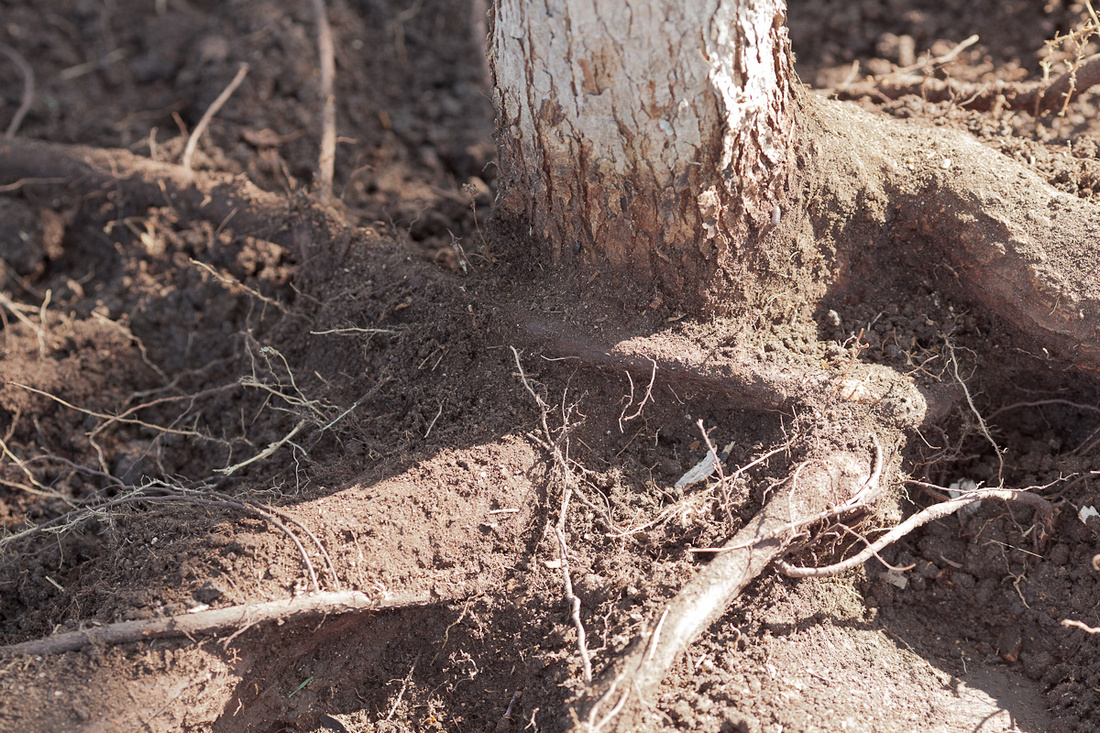 Here you see the channel I chiseled into the trunk and the root about to be nailed into position. Unfortunately, I cut the root too short, so I had to attach it lower than I'd originally planned. I finished the job by painting with some yellow pruning paint. 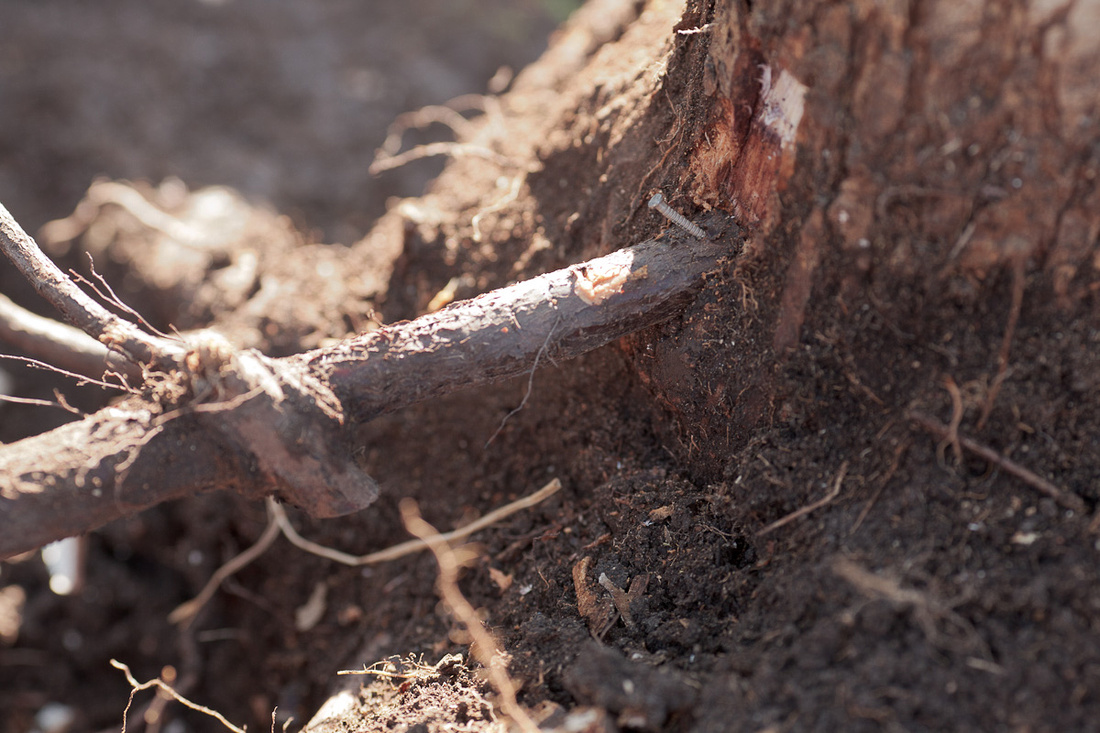 Here is a view from in front of the graft. 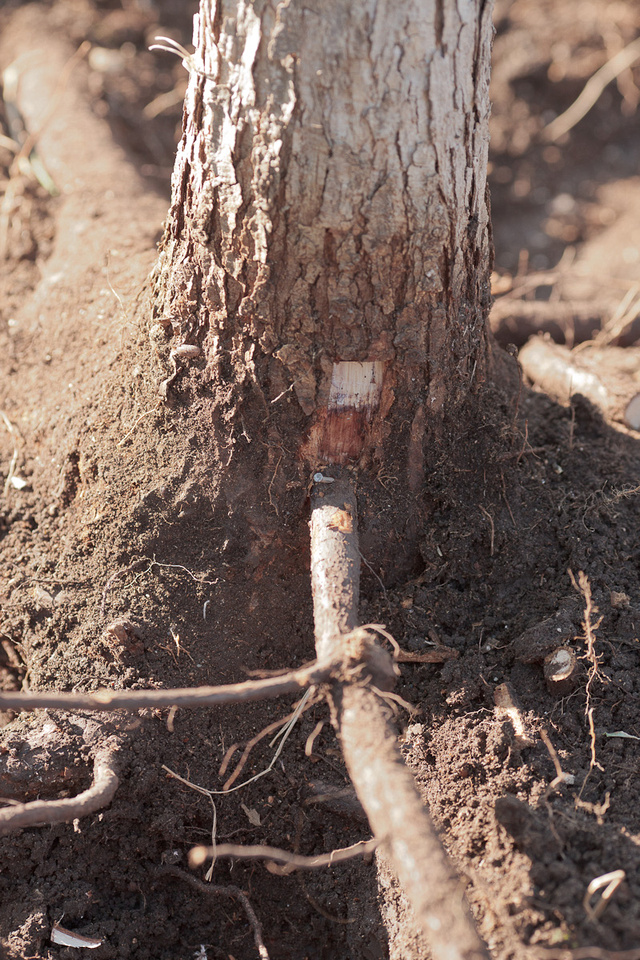 Four years later, here is the grafted root. I think it's about twice the diameter it was when grafted. 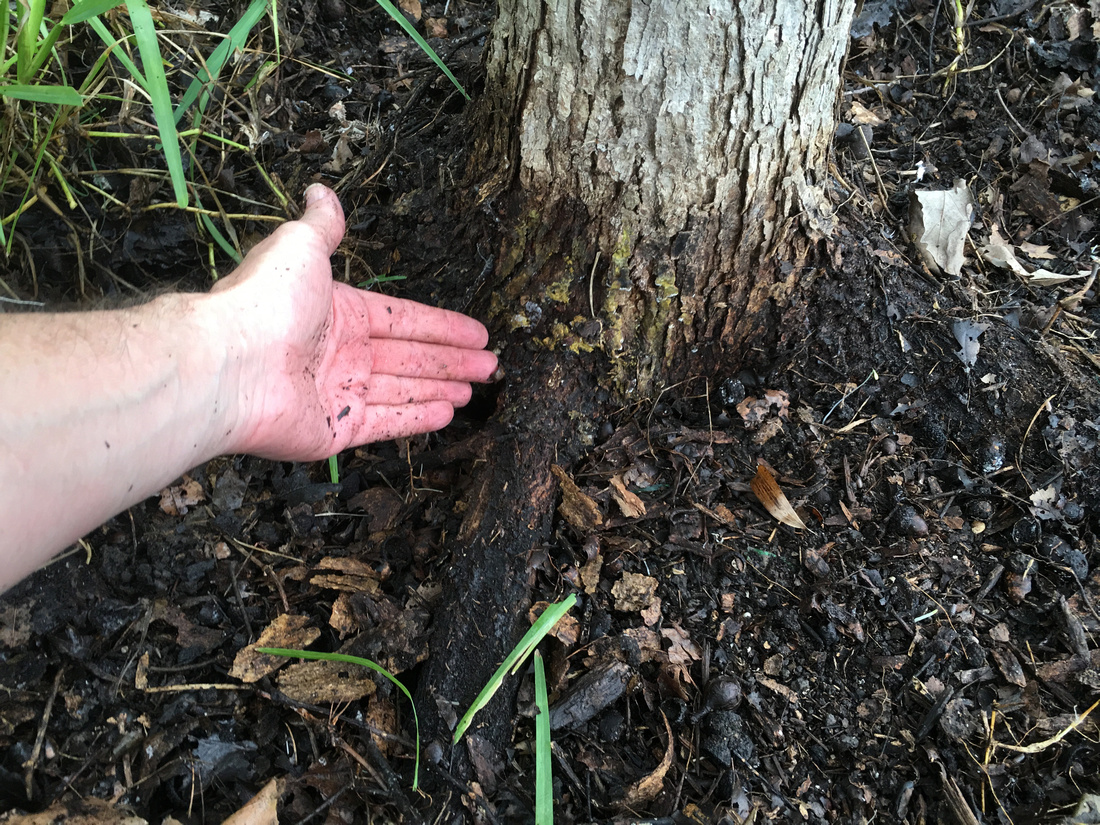